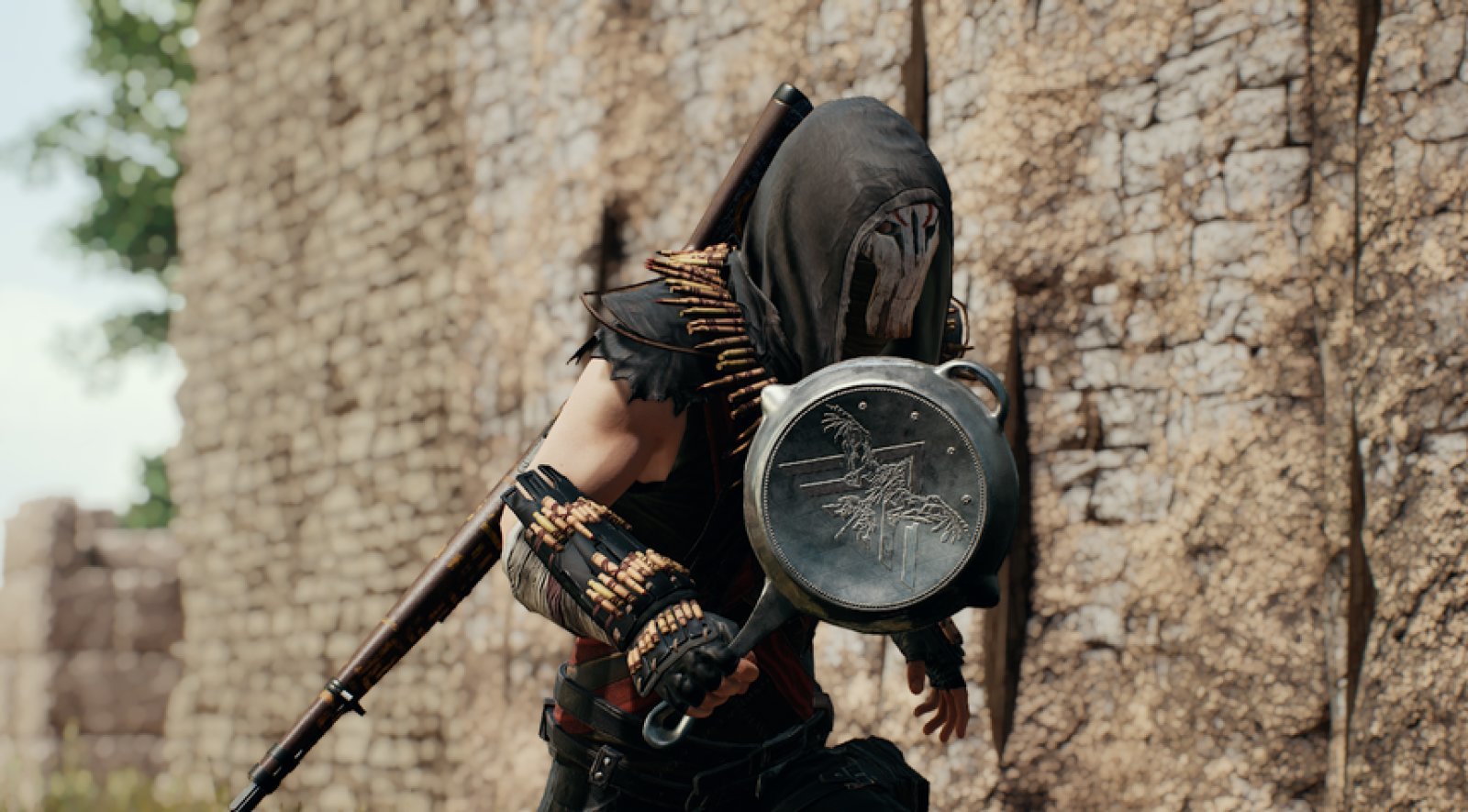 The popular battle royale shooter PlayerUnknown’s Battlegrounds is crossing over with Horizon Zero Dawn for a limited time. From March 5 through April 5, PUBG players on PS4 will have the chance to earn Horizon Zero Dawn-themed weapon skins and outfits.

PlayStation has released a new trailer showing off the items, which include an Eclipse Top, an Eclipse Mask, an Eclipse Kar98k and a Horizon Zero Dawn frying pan. Each of these items are earned by completing different tasks.

To earn the Eclipse Top, simply log into the game. For the mask, you’ll need to play 10 games during the event. The Kar98k weapon will cost 8,000 BP in the store and the frying pan can be earned by killing 10 players with the crossbow. Previous crossbow kills don’t count, only kills during the event.

“Our collaboration with Horizon Zero Dawn follows in the footsteps of our previous Uncharted and The Last of Us content. To match the two different IPs, PUBG Corporation and Guerilla Games collaborated closely on the concept, design and production elements” Taehwan Noh of PUBG Corporation said in the announcement post. “As fans of Horizon Zero Dawn, the results exceeded our expectations and we can’t wait to see players wearing the items in our game.”

Feb. 28 marks the two-year anniversary of Guerrilla Games’ Horizon Zero Dawn, which was the studio’s first open-world RPG and easily their most ambitious project to date. Horizon Zero Dawn received a great deal of praise upon its release, including a 5/5 score from Twinfinite.

“When we first spoke with the development team of PLAYERUNKNOWN’S BATTLEGROUNDS about adding Horizon Zero Dawn themed items, we instantly thought of the Eclipse” Roy Postma, the Art Director of Guerilla Games said in the same post. “This secretive and militaristic cult fits perfectly in the PUBG universe; its members dress in intimidating ceremonial garb, intended to strike fear into the hearts of all who dare oppose them. Their warlike nature is displayed by their use of ejected bullet casings from ancient war machines, which they work into rosaries and other ornamental motifs, as well as their masks, which they use to hide their identities.”

Are you going to try to get the Horizon content in PUBG before its gone? What other crossovers would you like to see in the game? Let us know in the comments!