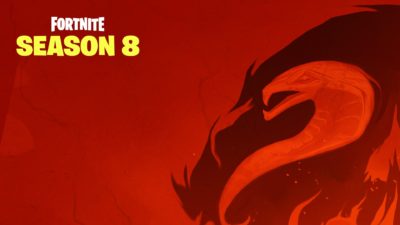 The new season of Fortnite has finally arrived, seeing the addition of pirate themed elements and the emergence of a volcano. On top of new locations, a new battle pass to work towards, and a new pirate cannon, the new update has seen the removal of some items that were a big part of Season 7. Here is everything you need to know about all weapons and items vaulted in Fortnite Season 8.

Some of those items, the X-4 Stormwing in particular, have had their fair share of disputers since they were first added to the game in Season 7 of Fortnite.

Removing some of the vehicles that many players used in the game could be a big change that will take a lot of getting used to. However, with the addition of the Pirate Cannon, there are now some new themed items for players to hunt for in Fortnite Season 8’s world and play around with.

You will no longer be able to find those weapons out in the wild in Fortnite Battle Royale, nor will they be in chests you open. However, although they have been vaulted for Season 8, there’s still a chance that they return at a later date.

Epic could change how they work in the game, and bring them back from the dead. If that happens at any point, we’ll be sure to let you know here.

Also, provided it works in the same way as in previous seasons, all weapons that have been vaulted for Season 8 can still be used in Playground mode.

That’s all there is to know about all vaulted weapons in Fortnite Season 8. For more tips, tricks, and information on all things Fortnite and Season 8, be sure to check out our Fortnite Season 8 wiki, or search for Twinfinite.