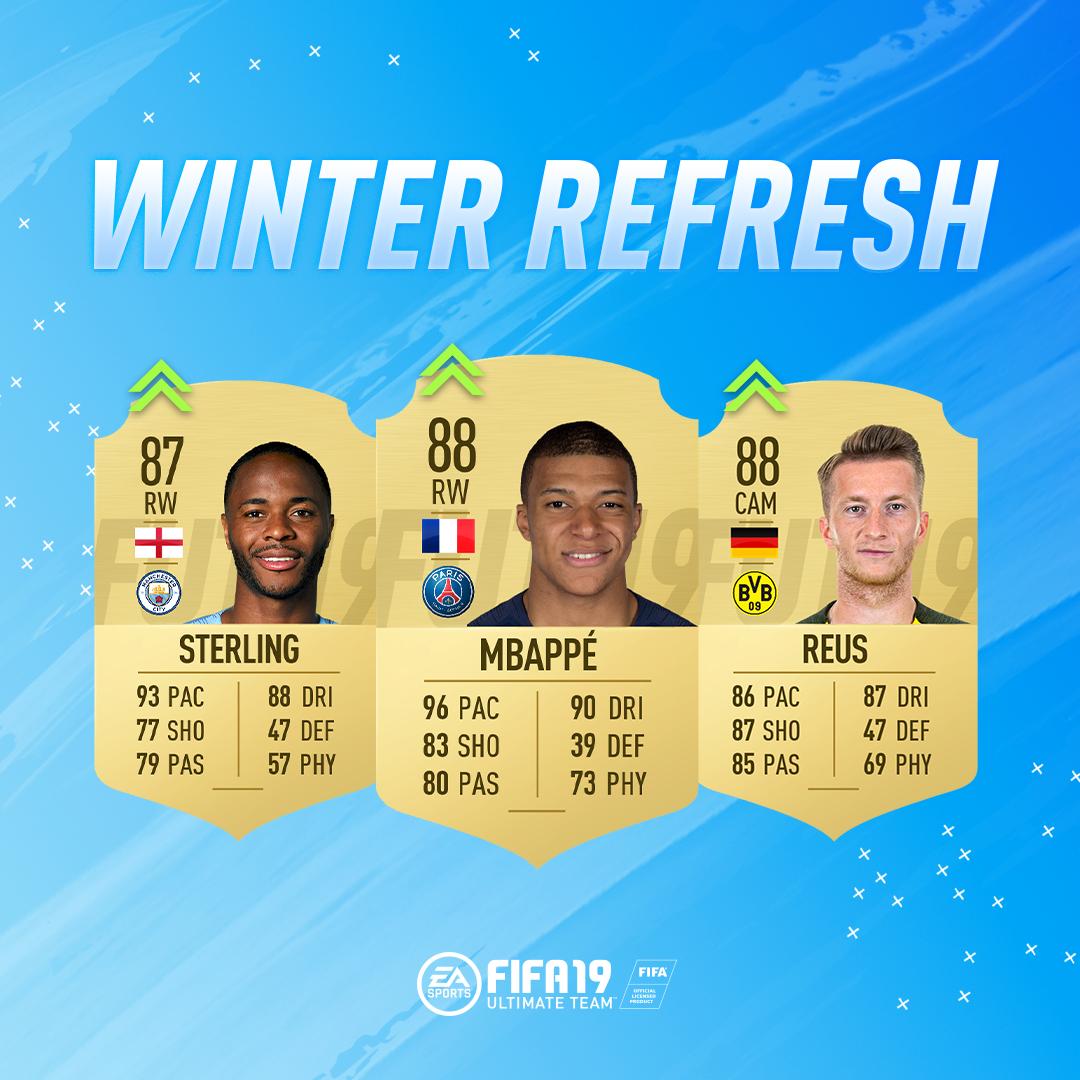 Ones to Watch Winter cards, Prime Icon Moments, and Ratings Refresh are all coming this week, adding a whole host of new cards to the game. Here are our Premier League Ratings Refresh Predictions for FIFA 19.

EA Sports has already confirmed that Raheem Sterling has had his rating increased to 87 OVR, seeing his in-forms and POTM card also increase.

You can also tell that the following three players will be getting an upgrade in FIFA 19 because their Ones to Watch cards have already increased in-game:

As for the other players that we expect to see an upgrade in FIFA 19’s Ratings Refresh, here are our predictions:

Where applicable, Champions League base cards will also increase. If a player’s base rating increases, their special card will only increase if their overall rating surpasses that of the special card.

That’s it for our Premier League Ratings Refresh Predictions for FIFA 19. For more tips and tricks on the game, be sure to check out our FIFA 19 wiki guide.