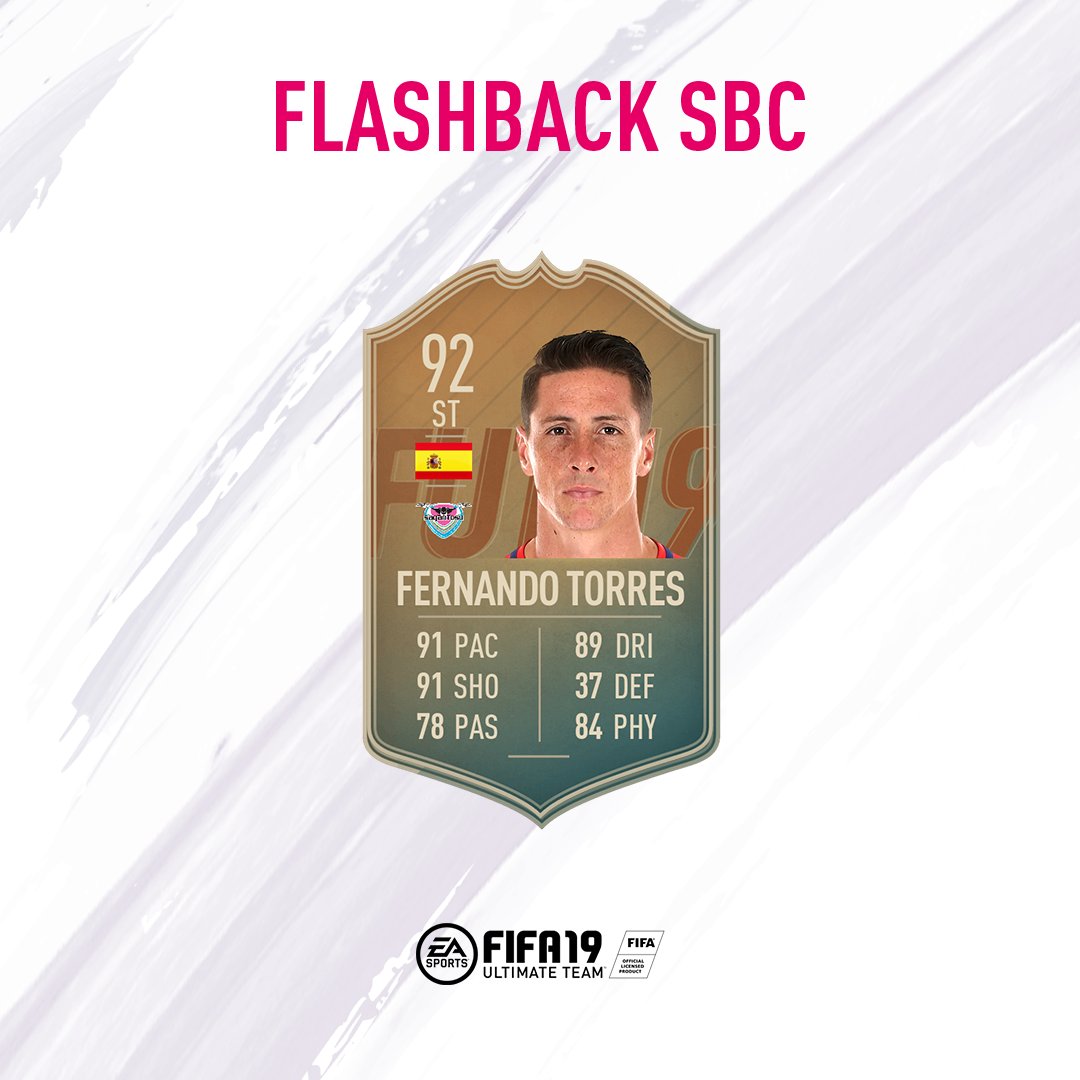 How to Complete Flashback Torres SBC in FIFA 19

We’ve had a busy week in FIFA 19, with the Headliners promo going strong and the release of a couple of Flashback cards. The new one is ex-Liverpool striker Fernando Torres. Here is everything you need to know about how to complete Flashback Torres SBC in FIFA 19.

You need two squads to complete the SBC, one being 86 rated and the other being 84 rated, with both squad requiring an in-form card. You can expect to pay around 250k for the whole SBC, which is quite expensive for a card that is very hard to link due to him playing in the Japanese League.

Thankfully, both squads are quite easy to put together, in theory. You do not need to build a Liverpool squad or a Spanish squad, with the basis of your squad being entirely up to you.

For the La Furia Roja squad, it would be clever to opt for a Liga Nos squad, fitting the Spanish players and in-form wherever you would like, since you only need an 84-rated squad with 80 chemistry.

For the You’ll Never Walk Alone squad, though, you’ll have to opt for a major league. The Serie A may be best to avoid due to the Hamsik SBC that released yesterday and the resulting spike in the price of players from that league.

The Bundesliga may be the best option to go for, since they have plenty of high rated players and they shouldn’t have spiked too heavily. You will then be able to slot the Liverpool player and Team of the Week player in wherever.

Be sure to use a player from the current TOTW, since they should be cheaper than others. As for your Liverpool player, Allison, Roberto Firmino, or Naby Keita might be useful, if they’ve not increased too much in price.

That’s everything you need to know about how to complete Flashback Torres SBC in FIFA 19. For more tips and tricks on the game, be sure to check out our FIFA 19 wiki guide.

FIFA 19: How to Complete End of An Era Torres SBC