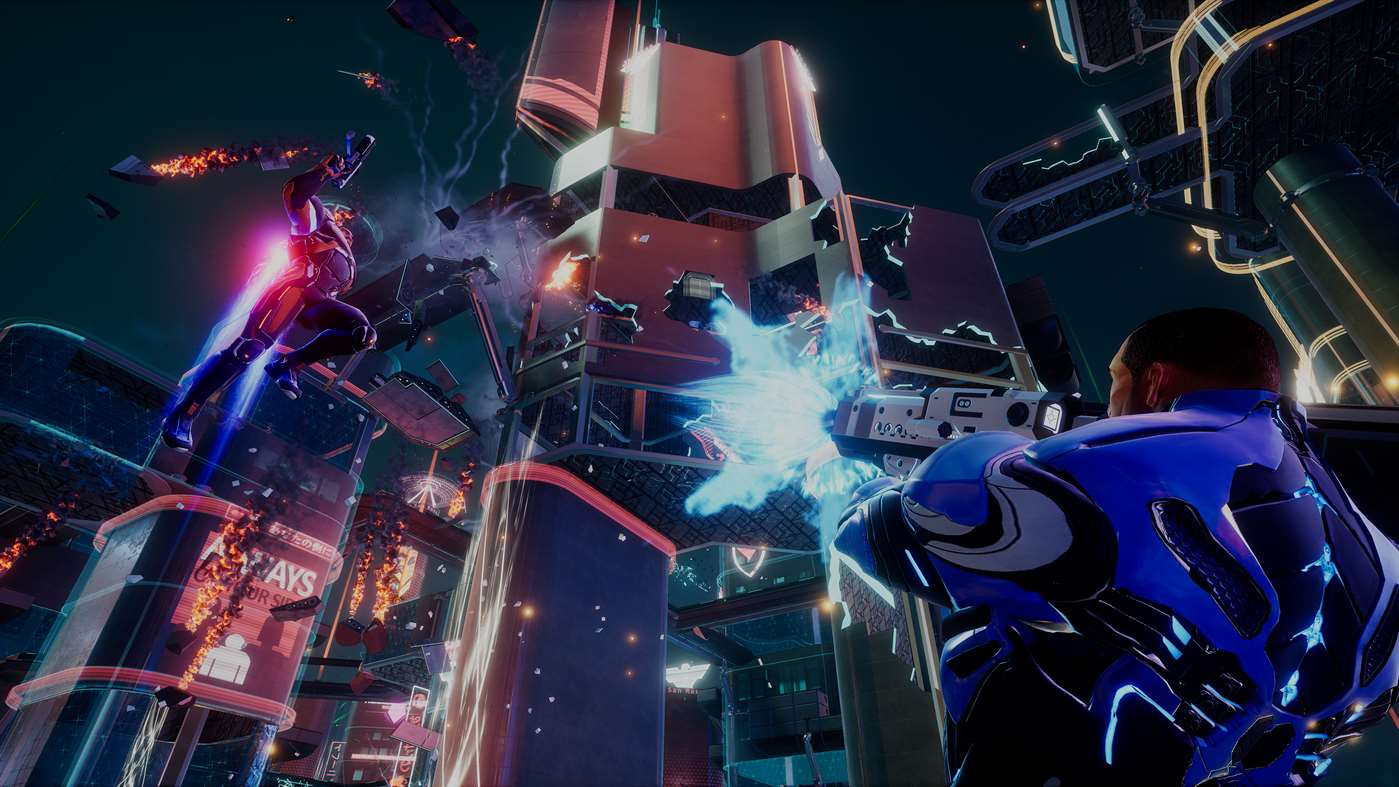 Microsoft’s Crackdown 3 is finally launching for Xbox One and Windows 10 PC this week since it was first announced at E3 2014. Like its predecessors, the action adventure game allows players to play through the entire campaign mode with cooperative multiplayer. Here’s how to play local and online co-op multiplayer in Crackdown 3.

From there, the hosting player will have to choose his or her agent. It can be one which already has progress from a previous campaign, or a new agent that is a complete blank slate.

Then the hosting player must choose the game world. The host could continue progress in an already established world, or start from scratch with the addition of another player.

Finally, the host can send an invite to an Xbox Live friend from a list before starting the game. The cooperative campaign only supports two players like the original game and not like Crackdown 2, which had support for up to four players.

Unfortunately, Crackdown 3 does not support local multiplayer or any type of split-screen mode. The series has never supported local multiplayer, always favoring a seamless drop-in/drop-out support of online cooperative multiplayer. So if you’re hoping to enjoy local co-op, you’re out of luck.

If you’re looking to enjoy the game with a friend, you’ll both need either an Xbox One or PC, along with separate copies of the game to play together online.

That is everything to know about how to play local and online co-op multiplayer in Crackdown 3. Be sure to check out our comprehensive wiki on the game for more guides and tips.