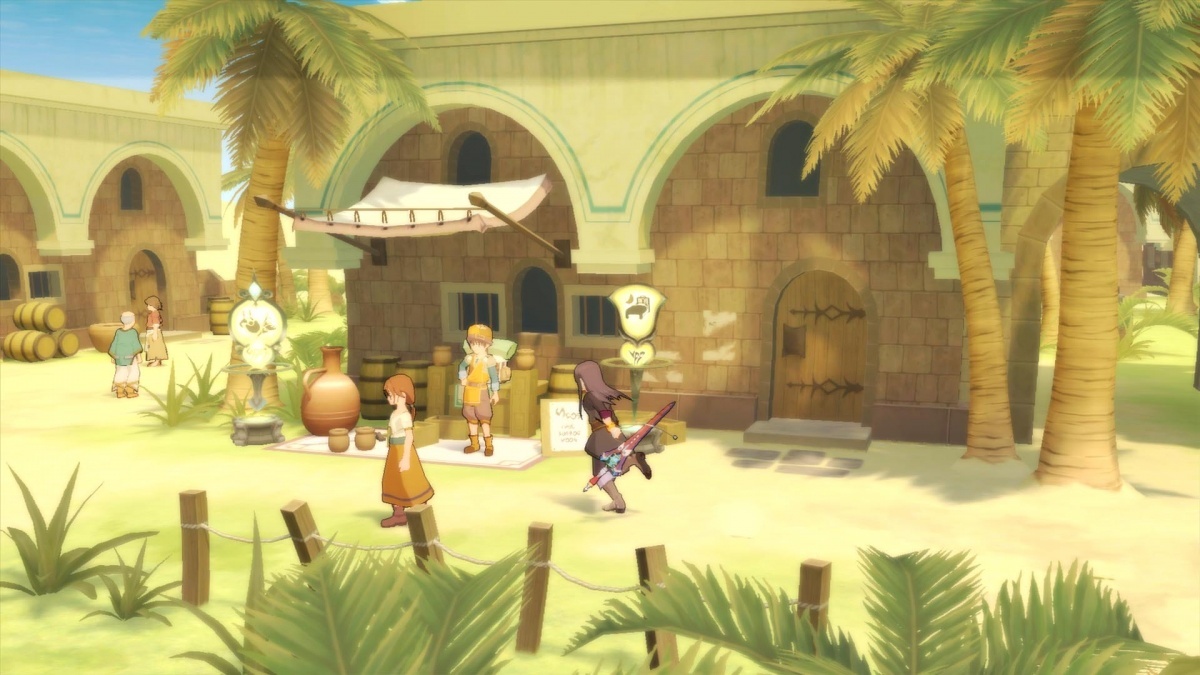 How to Change Party Avatar in Tales of Vesperia Definitive Edition

While you’ll start the game out only able to control Yuri outside of battle, eventually you’ll be able to make any party member your “avatar,” as it’s called. There is a bit of a catch, however, as you’ll need two specific items to do this, the Leader Flag and the Super Flag R.

How to Get the Special Flag

The Special Flag will allow you to swap out Yuri for any other party member as an avatar, with the exception of Repede. There are two ways to get the first flag. The easiest is by simply following the main story all the way to Mt. Temza.

This is a decent way into Tales of Vesperia, however, about halfway through the second arc of the story. Because of this, it’ll probably take you at least 20 hours or so to get there.

These items are fairly easy to get, so chances are you’ll be able to synthesize the Special Flag early on, just make sure to check in at the shop regularly.

How to Get the Super Flag R in Tales of Vesperia

The Super Flag R is a second item added in with the Definitive Edition, this time allowing you to also control Repede as your avatar. Unfortunately, the only way to get this one is by synthesizing.

Like the Special Flag, this synthesis item will pop up automatically as you play through, and it’ll appear in shops starting near the end of the first story arc. Here are the items you need in order to synthesize it.

You might have all the needed items the first time you check for the Super Flag R, but if you don’t they’re easy enough to get. All you need to do is beat the enemy types that correspond to the items, and there’s a chance they’ll drop them. So Wolf-type enemies will drop Wolf Fangs, while Bear-type enemies, like the Eggbear, will drop Bearskin.

That’s everything you need to know about how to change your party avatar in Tales of Vesperia Definitive Edition. Make sure to search Twinfinite for more on Vesperia’s Definitive Edition and the Tales series in general, including our massive ranking of the whole series.

Question: How do you change your party avatar in Tales of Vesperia Definitive Edition?

Answer: In order to change your avatar you’ll need the Special Flag, or if you’re wanting to have Repede run around, the Super Flag R. These can both be synthesized at shops.