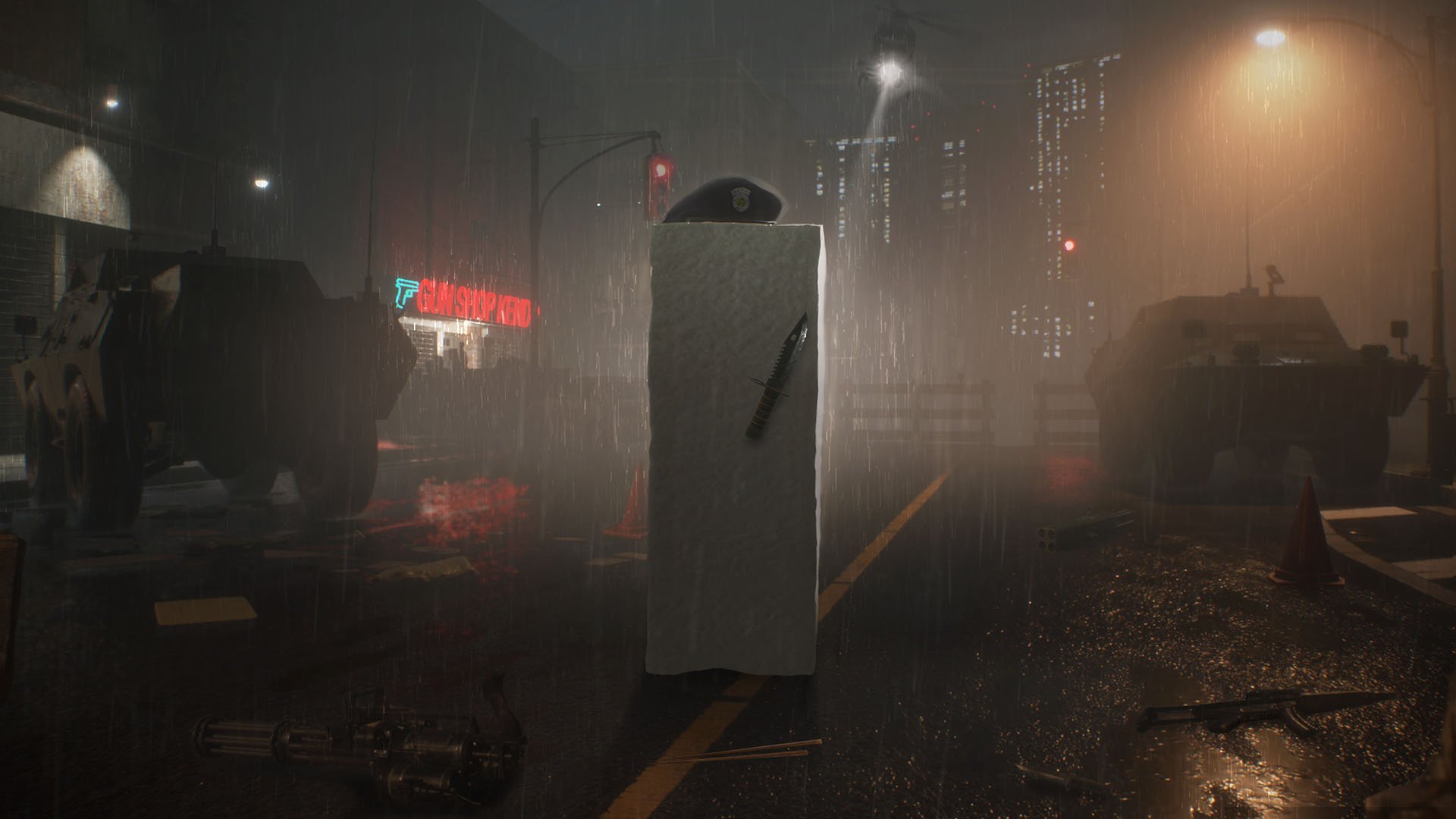 Today Capcom released on Twitter a new batch of screenshots of the upcoming Resident Evil 2 remake.

The screenshots feature HUNK and Tofu, the protagonists of two bonus modes which were included in the original Resident Evil 2 and are making a comeback in the remake.

The 4th Survivor mode lets player control Umbrella operative HUNK A.K.A. the “Grim Reaper” (who the titular fourth survivor). The Tofu Survivor mode indeed lets us play as a chunk of Tofu that was originally created by Capcom’s team to test the game’s collision detection.

You can enjoy all the screenshots below. Both modes were showcased in a trailer included in the currently-available “1-Shot Demo.” The demo itself has been played over a million times.

If you want to see more of Resident Evil 2, you can also take a look at the latest trailer and some gameplay showcasing the Noir DLC and filters. Recently Capcom also released some new artwork and announced a collaboration bar in Tokyo, Japan, on top of launching a bunch of short clips.