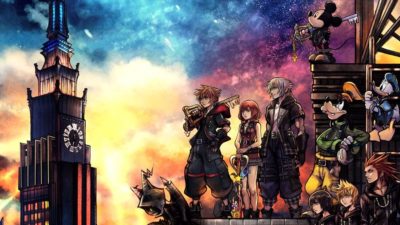 What the Day One Patch Size Is for Kingdom Hearts 3

After years of waiting, fans around the world can finally dive into the thrilling conclusion to the series that is Kingdom Hearts 3. Or at least, they can after they figure out what the day one patch size is.

Like any other modern video game, Kingdom Hearts 3 has a day one patch to fix a few small glitches and hiccups that couldn’t be ironed out in time for release.

It’ll demand around 2 gigabytes of space for the 1.01 version of the patch and an additional 550 megabytes 1.02 patch that players will have to have download in order to start up the game.

As such, it’ll set players back a few minutes before they can dive into the game in earnest, with the install time varying from anywhere between five and 15 minutes based on a person’s internet speed.

Note that this will also vary greatly depending on server traffic caused by everyone trying to download the patches at once, further slowing down the process if the servers become overloaded.

Overall it’s a paltry amount considering the 13 years fans waited in between the release of Kingdom Hearts 2 and Kingdom Hearts 3, but all the same, it’s one last hurdle to jump over.

Regardless, both updates should upload simultaneously now that they’re both available and will begin downloading immediately after inserting the game into your console as long as the space is available.

Once it’s successfully downloaded, players can dive into all that Kingdom Hearts 3 has to offer, and will likely be enraptured by it for several days or weeks to come.

Hopefully this clears up what the day one patch size is for Kingdom Hearts 3. Players can currently play the game on PlayStation 4 or Xbox One.

For more on everything about the title, check out our Kingdom Hearts 3 guide wiki to learn everything you could possibly need to know for your dive into the series’ thrilling conclusion to its current story arc.

Question: What is the size of Kingdom Hearts 3’s day one patch?

Answer: The day one patch for the game comes in at just over 2GB.