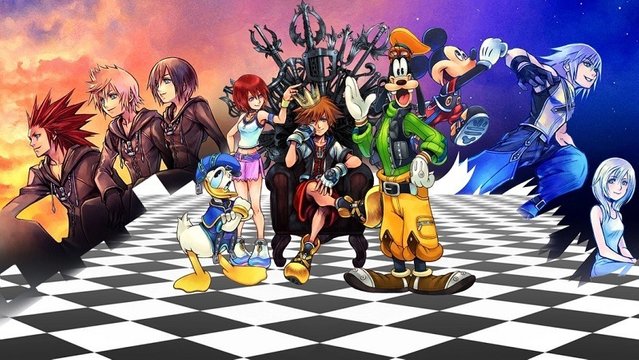 How to Get White Trinity in Kingdom Hearts 1.5

Trinity Marks are placed all around the world and can do a number of things. Some Trinity Marks reward the player with different items, while others move objects in the area, allowing access to new locations. As well as needing the specific Trinity abilities, it’s also required to have Donald and Goofy in your party in order to use the Trinity Marks.

Although these Trinity Marks will be visible from the beginning of the game, they will not be able to be used until a certain Trinity ability has been unlocked.

The reason that this will probably be the last one that you obtain is because it is awarded at the very end of the game’s story. Trinity Touch is given to the player after they beat a certain boss in Hollow Bastion, which is the second to last world of the game.

In order to avoid spoilers, we’re not going to say who the boss is. Just know that it is a mandatory boss fight that will be fought towards the end of Hollow Bastion. After the boss is defeated, a message will pop up letting you know that you can now use White Trinity Marks.

There is a chance that this won’t be the last Trinity ability that you unlock. This is because of the Olympus Coliseum world.

The only Trinity ability that is optional in the game is the Yellow Trinity, which is earned after beating Hercules in the Coliseum tournament. Unlike the other Kingdom Hearts games, completing Olympus Coliseum isn’t actually required in the original Kingdom Hearts.

Question: How do you get White Trinity in Kingdom Hearts 1.5?

Answer: You’ll have to follow the story until near the end of the game, when you get to Hollow Bastion and beat a particular boss. It’s story-related, and once beaten you’ll automatically get White Trinity.