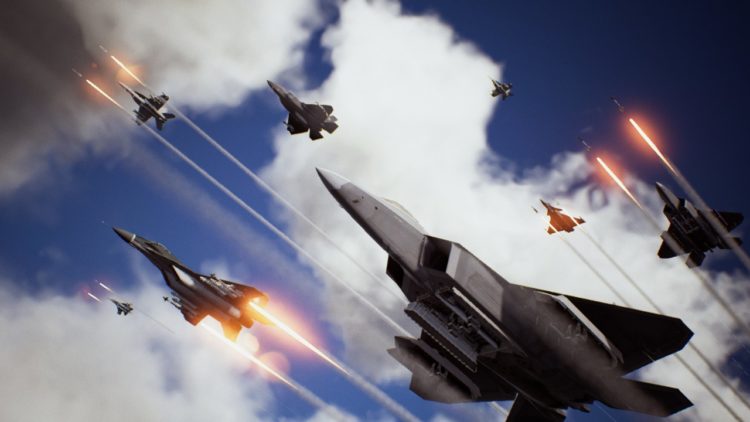 How to Complete Mission 7 in Ace Combat 7

If you’re struggling to overcome the enemies, we’re here to help with a comprehensive guide on how to complete mission seven in Ace Combat 7.

At first, Ace Combat 7’s seventh mission appears simple. Players are tasked with taking out several radar facilities and anti-aircraft weapons, albeit in an area with towering rock structures and low visibility due to a storm.

Once into the mission however, things become more complicated with not only unmanned units but also a mysterious enemy craft appearing for you to take out.

As such, going into the mission with the right plane model and load out, along with a good strategy to come out on top of these surprises, is crucial.

To start, try to select a plane with higher speed stats and at least moderate air to air stats like the Gripin E. Likewise, modify it with any parts you may have that can increase its speed or your special missile load limit.

Once your plane is optimized to the best of your ability, start the mission and head towards the initial targets.

These will typically be tucked in low between the map’s rock formations, making it difficult to maneuver if you get targeted by the anti-aircraft guns. To avoid this, swoop in quickly with dives and hard pull-ups, launching missiles shortly before the pull-up.

This should allow you to take out the first wave of targets with general ease. Afterwards, several unmanned targets will appear which you’ll need to take out before they take out any of your allies.

While it is possible to take them out with some up close and personal dog fighting, it’s much easier to use their own evasive maneuver patterns to your advantage.

These units will use the rock formations for cover regularly, cutting around the sides and then leveling out for a short time.

Time your pursuits out to keep your distance until they are leveling out, then shoot them down with a missile while they have a linear trajectory.

The final portion of the mission sees an unknown aircraft pursue you and your allies.

This craft is far faster and more maneuverable than any past aircraft you’ve encountered, and as such can make quick work of you and your team if you aren’t careful.

To survive, use the thunder clouds above and the rock formations around you to throw off the craft’s targeting and visuals. This will help give you some breathing room from its missile fire while also allowing you to get behind it.

Afterwards, do your best to stay on his tail no matter what. Keep him distracted with some light machine gun fire and missiles whenever possible.

It’ll typically dodge down and around rock formations to try and get back behind you, so keep up to ensure your positions don’t change.

After a certain amount of time passes, the unit should back off, allowing you to turn in and complete the mission.

That should cover everything you need to know about how to complete mission seven in Ace Combat 7.

Ace Combat 7: Skies Unknown is currently available on PlayStation 4, Xbox One and PC. For more on Ace Combat 7, check out our full review to see what it does right and what still needs improvement.