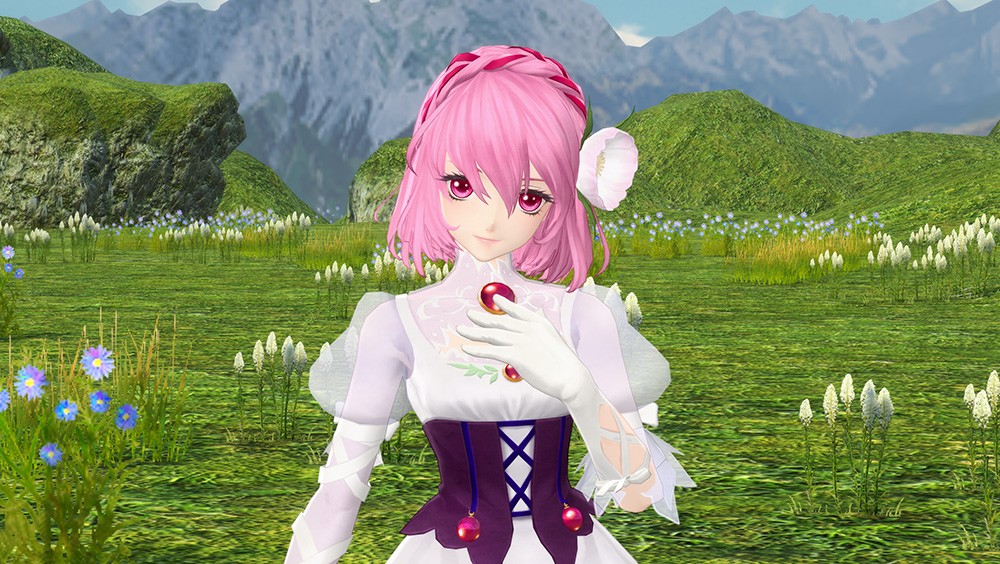 Following the announcement of the western release of Tales of Crestoria, Bandai Namco Entertainment released a new trailer of the upcoming mobile game.

The trailer features once more a collaboration between animation studio Kamikaze Douga, which recently worked on Batman Ninja, and DJ Yasutaka Nakata. It features an interesting pixel art look that might charm fans of retro games. Yet, it’s worth mentioning that the game itself is rendered in 3D, with a look more similar to traditional Tales games.

On top of the trailer, the official Twitter account of the game released the localization of the introduction of three characters, the hero Kanata Hjuger, the heroine Misella, and the usual anti-hero-ish hunk Vicious, who couldn’t be more of a stereotype if they did it on purpose.

We also get an explanation of the worldview of the game, with the judicial system based on widespread surveillance created by the vision orbs, through which the masses can judge criminals summarily.

You can check out the trailer and images below. If you want to see more, you can watch two more trailers released yesterday.

Tales of Crestoria will release for iOS and Andoid in 2019.