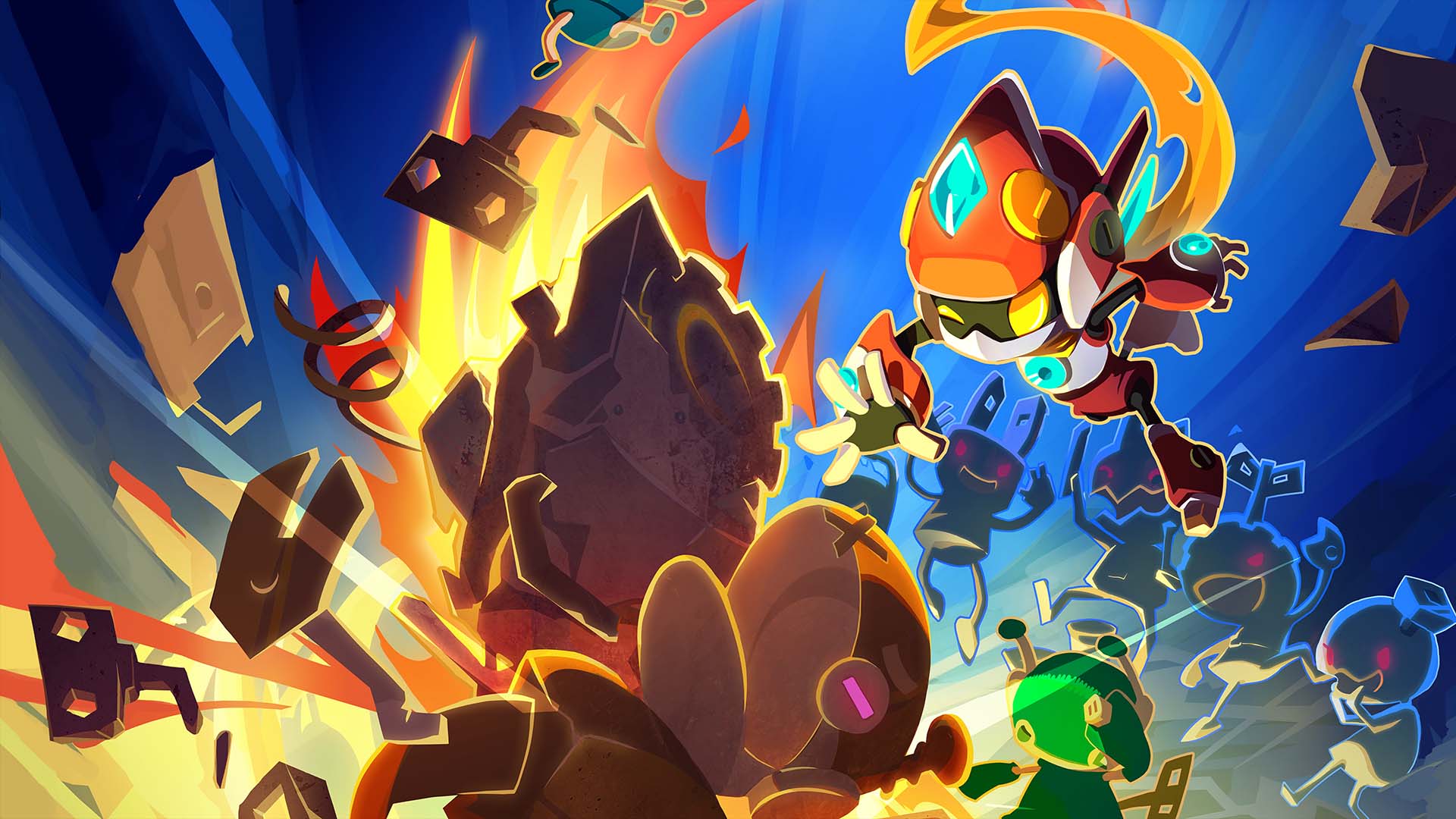 Today Acquire announced that its multiplayer action game Scrap Rush!! is going to be released in Japan next year.

The game was initially showcased at Tokyo Game Show 2018 and is coming to the Nintendo Switch.

It features up to four players that basically need to collect scrap across the screen. It isn’t all that different from the Bomberman series, but the rules are of course different. There is no collaboration with the opponents and the only objective is to crush them.

Together with the announcement, we also get a new screenshot giving a better idea of what the game will look like and new key artwork showing the little robots we’ll play.

At the moment, Scrap Rush!! doesn’t have a precise release window beside “2019,” and no western localization has been announced.

An official site has also been opened and there is no information on the pricing just yet. A trailer was also released when the game was announced back at TGS 2018.

If you’re unfamiliar with Acquire, their latest release is Akiba’s Beat in 2016 in Japan and 2017 in the west.

Of course, when any more information will be announced, you’ll be able to read about it here on Twinfinite.