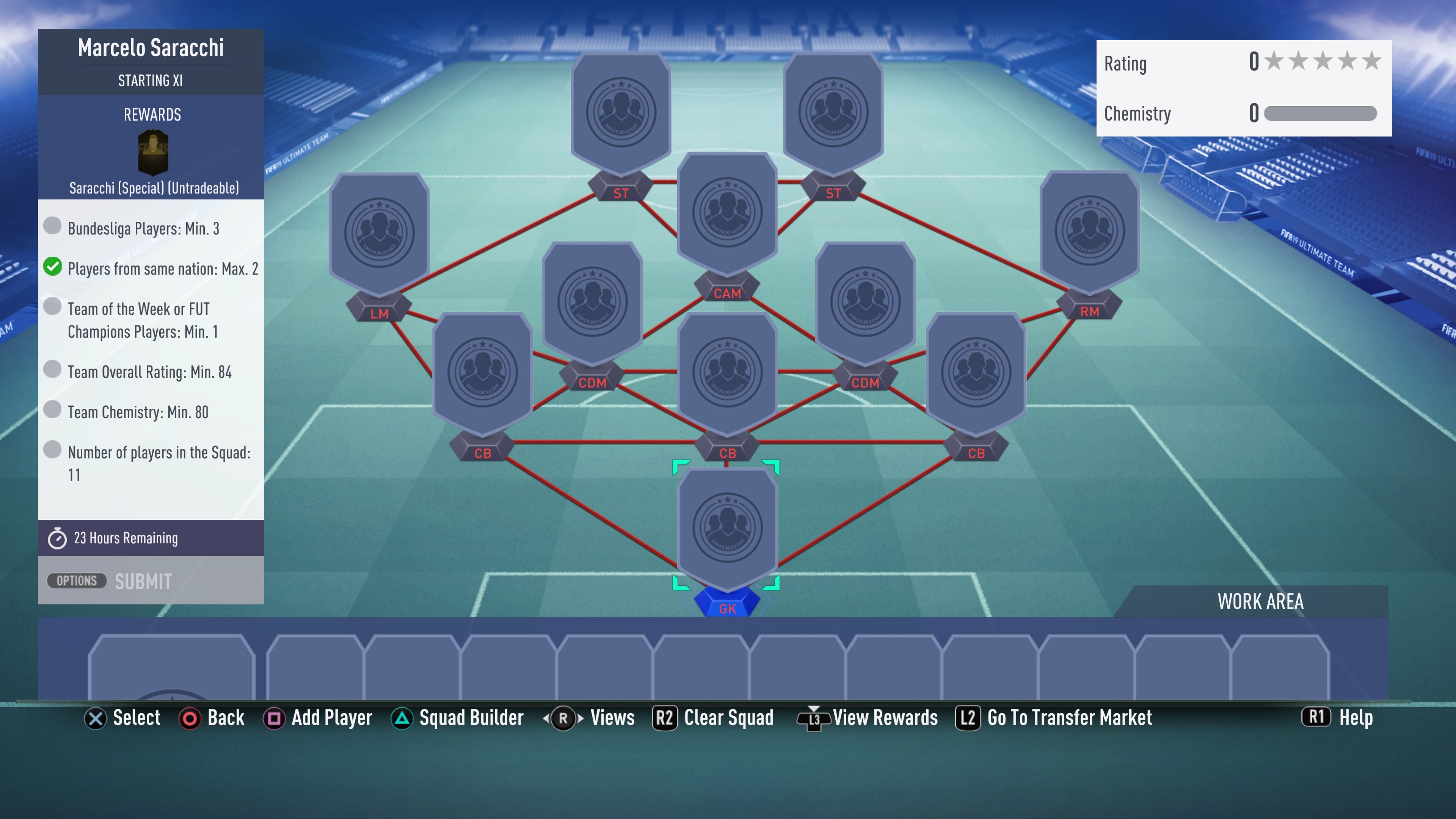 FUTmas has finally arrived in FIFA 19 and the fifth set of player SBCs have been released. The stand out is Heung Min Son of Tottenham Hotspur, but there’s a new Bundesliga LB to complete too. Here’s everything you need to know about how to complete the Marcelo Saracchi FUTmas SBC so that you can add him to your Ultimate Team.

If you head to the Squad Building Challenges tile on the FIFA 19 single-player screen, you’ll see Marcelo Saracchi’s item on the Live section of SBCs. Click on his icon and you’ll be able to start putting it together.

This FUTmas challenge seems to be a little expensive for the player in question, but the lack of Bundesliga LBs might make it a little more appealing.

The ‘only two from the same nation’ requirement makes it a little tricky, because you won’t be able to use all of the German and Bundesliga SBC fodder that you usually would.

However, the likes of Hradecky, Sule, Javi Martinez, and Thiago, will be useful, since three of them are from non-German nations. You could do a full Bundesliga squad, but will be able to use the likes of Brahimi, Jonas, and Pizzi from Liga Nos to avoid the players that will likely increase in price.

You will have to use at least three Bundesliga players, though. Don’t forget you FUT Champions player of Team of the Week, and you’ll have the Saracchi FUTmas SBC completed in no time.

That’s everything you need to know about how to complete the Marcelo Saracchi FUTmas SBC so that you can add them to your Ultimate Team. For more tips and tricks on the game, be sure to check out our FIFA 19 wiki guide.

Question: How do you complete the Marcelo Saracchi FUTmas Squad Building Challenge?

Answer: You need to head to the SBC section of FIFA Ultimate Team and complete the squad, using three Bundesliga players and one Team of the Week/FUT Champions Card.