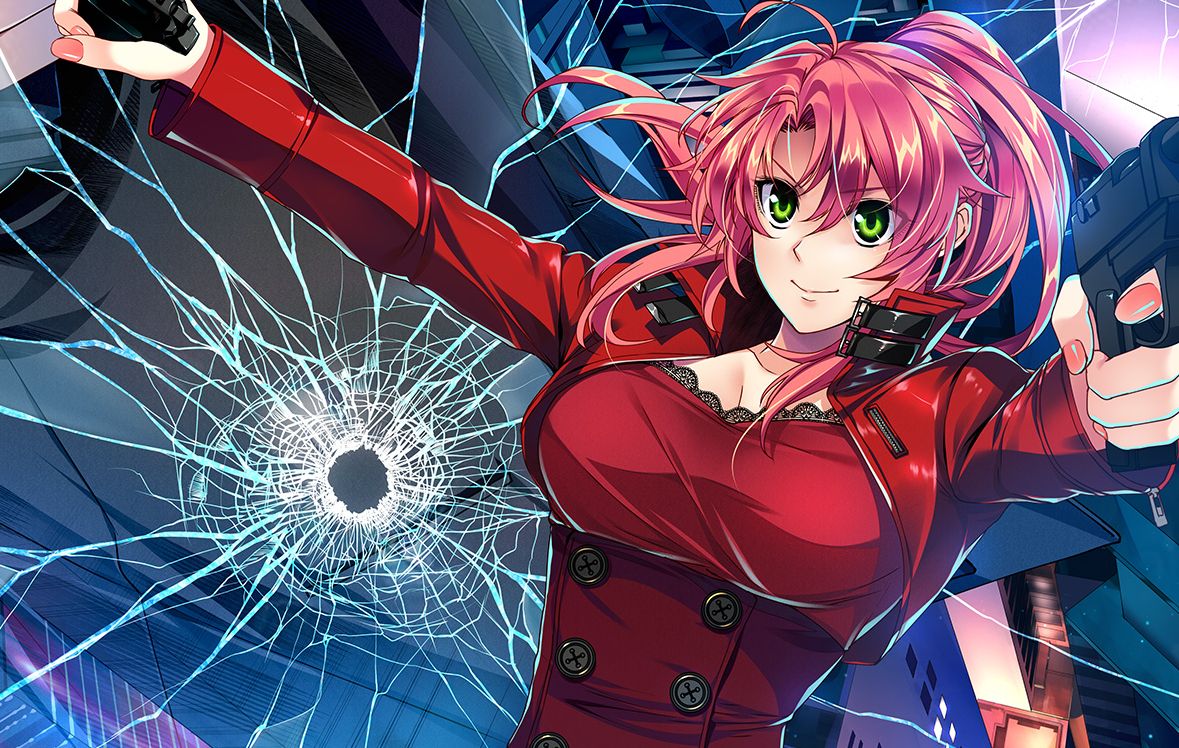 The story of  Eve: Rebirth Terror is set one year after the event of Eve: Burst Error.

Protagonist Kojirou Amagi works as a detective who struggles to get to the end of the month and feels unsatisfied by his job. One day he is asked to investigate a case involving the disappearance of a teacher, and for the first time in a while, he feels actual interest for a case.

Heroine Marina Houjou, who once was an invincible agent boasting 99% success rates in her missions is now retired after the events of the previous game. She continues her forced vacation while feeling burned out. Yet, her attention is drawn by the fact that many hitmen from abroad are gathering in Japan.

Yayoi Katsuragi is Kojiro’s former lover and director of the Katsuragi Detective Agency, which is now back in a big way. Kyouko Himuro works as a secretary at the same agency, always performing good work due to her solid character and ethics.

Saburou Kouno is Marina’s Director, a good person, with an understanding attitude. Yet, he’s worried about whether her recent antics will influence others. Misumi Kagawa was a former officer of the Internal Affairs of Public Security. At the time of Eve: Rebirth Terror’s event she has been promoted to another department due to her success, after resolving her issues with Kouno.

Lastly,  Kyouko Kirino is Marina’s junior and an apprentice investigator. She is excellent at her job, even if her abilities aren’t quite close to her senior’s yet.