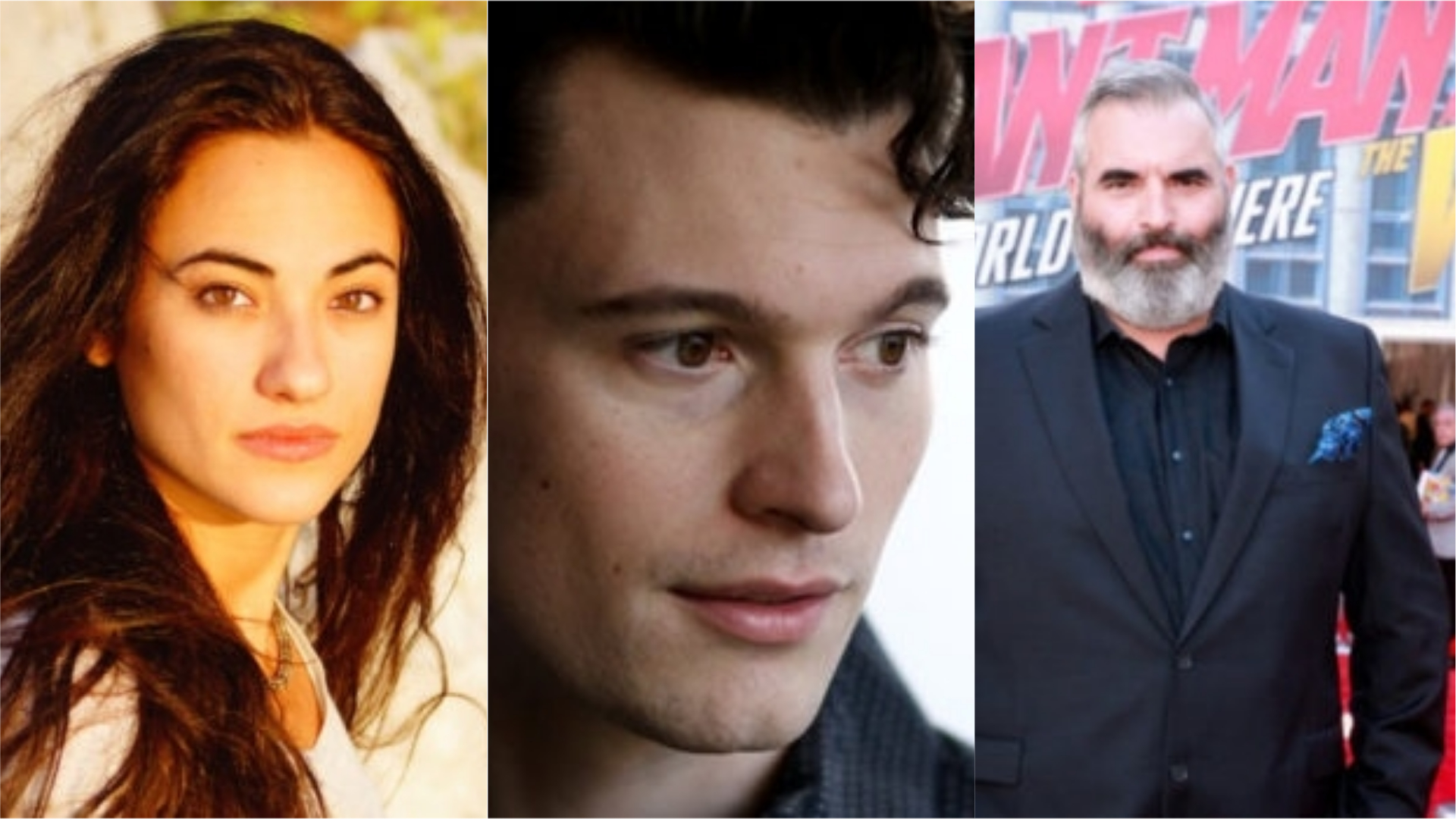 It’s award season here at Twinfinite! Let’s look back at the best voice actors of 2018. Voted on by our editors, these were the best voice acting performances that brought their characters to life. Whether it was a particularly sincere performance, or one filled with eccentric energy that perfectly encapsulated the character, look no further than this list for the best of what voice actors had to offer in 2018. 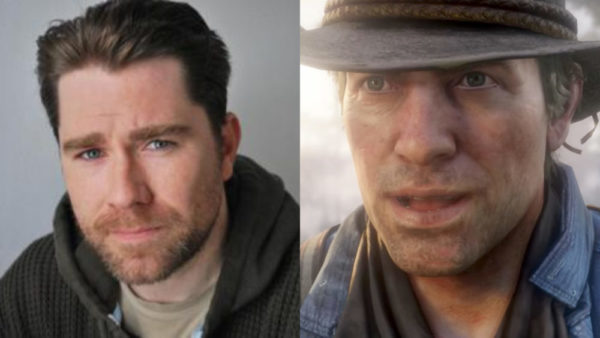 Guides Editor Chris Jecks: Too many times have we seen protagonists take center stage in a game only for their voice acting to be “just okay” or even a little underwhelming. That wasn’t the case with Rockstar Games’ latest epic adventure across the wild west, with Roger Clark delivering one of the most believable and genuine performances of 2018 as Arthur Morgan in Red Dead Redemption 2.

Red Dead Redemption 2’s story isn’t one of endless happiness or some outlandish plan that just happens to go right. Arthur and the rest of the Van der Linde gang find themselves in a spot of bother at numerous times throughout the story, and Clark is able to capture a wide range of emotions and deliver these in a believable way, all the while nailing that authentic southern accent.

When he’s talking to his ex, he’s shy and a little unsure of himself, stuttering on his words and generally making a bit of a fool of himself, and yet the next scene, he’s asserting his authority with a stern tone, or sharing some good ol’ banter with the other gang members. Plus, you don’t get tired of hearing “You’re a good boy” for about 80 hours, so there’s that, too.

In all seriousness, Roger Clark’s performance doesn’t have one or two incredible, standout moments, and that’s not a bad thing. In fact, it speaks volumes about his entire performance that each and every line is delivered so authentically, and so believably, that Arthur just feels like a real character. Few protagonists from 2018 felt quite as real as Arthur Morgan did in Red Dead Redemption 2, and while the stunning world and thrilling narrative certainly helped, Clark’s delivery was the defining factor.

Guides Editor Chris Jecks: We’ve been due a good Spider-Man game for quite some time now, and finally, Insomniac Games delivered with Marvel’s Spider-Man exclusively for PS4 this year. While the web-swinging was satisfying and the combat was action-packed, the game’s story and characters really helped give the narrative that ‘blockbuster movie’ feel, and that’s in no small part thanks to Yuri Lowenthal’s exceptional performance as Peter Parker and Spider-Man.

You see, Spider-Man never has been the serious, gruffly-voiced superhero that the likes of Iron Man, Captain America and Thor have. Spidey’s the friendly neighborhood Spider-Man, content with just helping good people out and bringing bad guys to justice no matter how minor it may seem. Lowenthal nails that in Marvel’s Spider-Man.

Whether he’s swinging about the city on his way to the next mission, or just rummaging through one of his long-lost backpacks, Lowenthal always manages to make this digital Spidey sound comparative to Tom Holland’s real-life counterpart. In moments of sincerity, Lowenthal taps into the more human side of Peter Parker, delivering lines with realistic tints of emotion. And then when he’s out swinging around the streets swiftly delivering kicks to bad guys’ heads, he’s making humorous quips as he goes with the personable charm that the superhero is so beloved for.

Marvel’s Spider-Man intended to give us a close look at both Spidey himself, and the man behind the mask, and thanks to Yuri Lowenthal’s exceptional performance, both delivered in droves.

Reviews Editor Zhiqing Wan: Assassin’s Creed Odyssey has a bit of a Mass Effect FemShep vs. MShep thing going on. For the first time in the series, players could choose between a male and female protagonist, and we’re here to tell you that just like in Mass Effect, the female protagonist is the superior choice. And that’s thanks in no small part to Melissanthi Mahut’s excellent performance.

Depending on the kinds of choices you make in Odyssey, Kassandra’s lines allow her to express a wide variety of emotions, though snark is the one you’ll usually end up with because of the way the character is written. When Kassandra speaks, there’s just some sort of spark or twinkle in her voice. When Kassandra tells Supideo that she slept with his dad and killed his mom, you can hear the smirk in the actress’ voice.

Mahut excels at delivering punchy performances during Odyssey’s heavier sequences as well. Without going into too much spoilery stuff, Mahut is able to capture the core of Kassandra’s tragedy in her performance, and really sell us on the emotional turmoil the character is going through. We feel Kassandra’s pain when she cries, her anger when she goes after the villains who have wronged her, and we laugh with her when we meet ludicrous NPCs like the aforementioned Supideo.

Kassandra wouldn’t be complete without Mahut’s stellar performance, and it certainly helps that she so perfectly captures our sense of exasperation when she mutters “Malaka” under her breath as well.

Editor-in-Chief Ed McGlone: Some spoilers for Detroit are ahead, do not read if you don’t want a small handful of the many possible routes for Detroit’s story to take to be spoiled for you.

For me, Bryan Dechart’s performance as Connor is what makes the game. Sure, the branching paths were pretty awesome for a person who laps up choice-driven gameplay like myself, and the other voice actors were good too, but it’s Connor’s story and character that is most intriguing.

Unlike the other main characters that quickly come to terms with how crappy their robot life is, Connor battles the most with rejecting his purpose, and this internal struggle is brought to life by Dechart.

Dechart does such an amazing job of selling Connor as a badass robocop, that I actually had him refuse to go deviant. I was rooting for him to accomplish his mission. However, playing through it a second time I decided that Connor was too smart to be fooled and used.

Although becoming a deviant, the group of androids he was designed to hunt down, was painful to him, what was more heartbreaking was seeing how little his owners appreciated his efforts. Ever so subtly, you could sense the feelings of betrayal and hurt that subservient android Connor felt when he was thrown away like an old toy.

I could go on about all the different ways Dechart sold all of the possible directions Connor’s character could take. The writing and narrative are different with each path, but the common point from where all of those memorable moments emerge is from Dechart’s amazing performance.

Senior Editor Hayes Madsen: If you’ve played the original Red Dead Redemption, you know the tragic story that Red Dead Redemption 2 is leading to. A big part of that story is the notorious Dutch Van der Linde, leader of the gang that Arthur Morgan and John Marston are a part of. Benjamin Byron Davis reprises his role from the first game as Dutch, and provides an absolutely stellar performance this time around.

Dutch is an idealistic outlaw, one that wants a better life for himself and those he cares about, but isn’t afraid to do the dirty work to get there. He’s a charismatic man, and Davis lends that quality to the character magnificently.

Throughout Red Dead Redemption 2 we see Dutch be an overly confident leader, blind to the truth that the world is changing, and refusing to let go of his idealistic lifestyle. The inflection and emotion that Davis’ voice injects into the character perfectly represents a man trapped in his own illusion.

Dutch was an interesting enough character in the first Red Dead Redemption, but it’s great to learn more about him and see both him and the gang in its heyday. Davis’ performance of Dutch is even more believable this time around, and it’s the performance that makes him one of the most intensely fascinating characters of Red Dead Redemption 2.