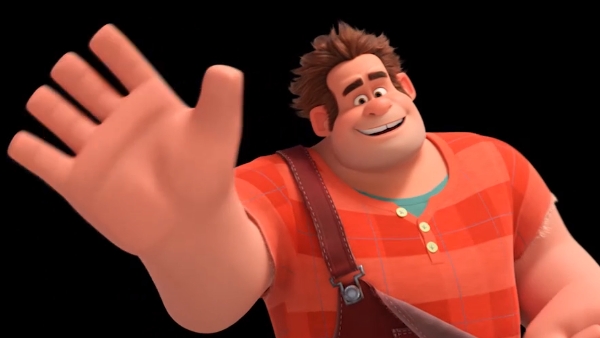 The main character of Disney’s Wreck-It Ralph has been spotted by Fortnite: Battle Royale players within matches of the game.

Players started noticing the surprise appearance of Ralph yesterday after landing in the Risky Reels location, a drive-in theater. In the clip below, Ralph briefly appears on the giant projector screen, waves at the audience, and then hurries off the screen.

The four-second video can be found in the game’s files on PC under a new ‘Promotions’ folder. No other information has been found to suggest a gameplay corroboration between the two properties.

The brief Easter egg was introduced into the game on the same day that the Wreck-It Ralph sequel, Ralph Breaks the Internet, launched in theaters. The original film had featured many gaming characters, such as Sega’s Sonic and Nintendo’s Bowser, and Fortnite reportedly makes a small cameo in the new film.

It would not be the first time that Fortnite studio Epic Games and Disney have collaborated within the game after the Infinity Gauntlet limited-time mode last May, in conjunction with the Avengers: Infinity War movie. The mode allowed players to become Thanos himself and wreak havoc with his powers among other players after acquiring the Infinity Gauntlet.