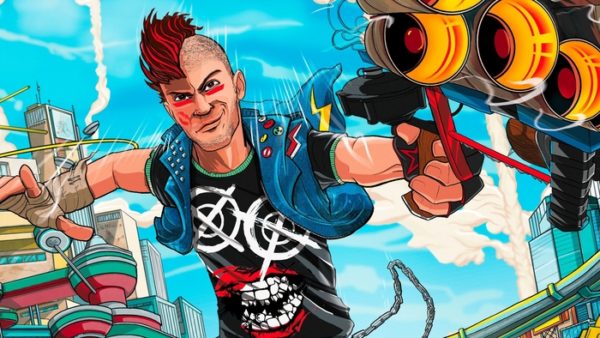 Yes, it’s true. Insomniac Games and Microsoft have announced that Sunset Overdrive will be headed to Windows 10 PC, and will be available for purchase tomorrow.

The colorful open-world action game originally released for Xbox One in 2014 and drew inspiration from games such as Jet Set Radio and Tony Hawk’s Pro Skater, taking place in a post-apocalyptic world that is full of monsters called the OD, short for Overcharge Drinkers.

Here’s a synopsis of the story straight from Insomniac Games:

“FizzCo has released their new hit energy drink, OverCharge Delirium XT. The only itty bitty problem is that it’s caused everyone who drank it to turn into mutants. You are one of the survivors of Sunset City and you must now band together with others (at least the ones who aren’t dicks) to try and escape. That’s easier said than done. Are you up for the challenge? Let’s hope so!

You’re not the only one embracing the Awesomepocalypse. Throughout Sunset City you’ll run across an eclectic group of factions, each with its own unique style and story. For instance, Troop Bushido, a group of adventurers who now abide by ancient Samurai code. And the Fargarths, live-action role-players whose fantasy suddenly becomes their reality. Plus many more memorable characters we don’t want to reveal just yet. Spoilers!”

You can watch the launch trailer below:

Sunset Overdrive is out now for Xbox One and will be available for PC tomorrow.