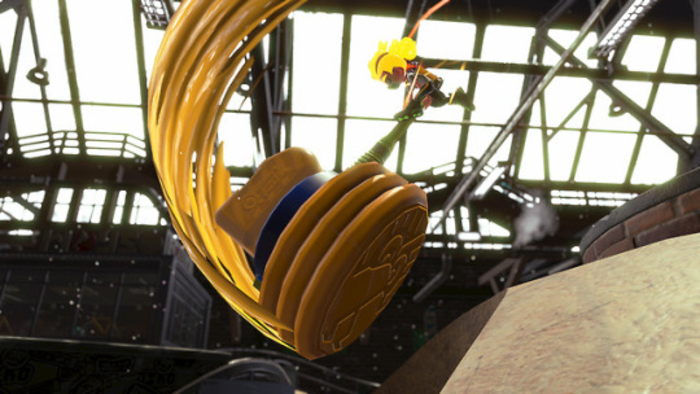 Nintendo, being the strong supporters that they are for Splatoon 2, are releasing one last big content update for the game today. Update 4.2.0 will include a final Salmon Run stage, a special Ultra Stamp move, and a new sub-weapon called The Torpedo (via Eurogamer).

The upcoming new special weapon, the Ultra Stamp, lets you attack players with a huge hammer. When used efficiently, it can be used to guard ink attacks from the front, but it will leave your back exposed. You can also attack people in mid-air and if you choose to do so, throw your hammer at fellow opponents, ending your special attack.

The new sub-weapon, Torpedo, is a thrown item that changes shape and targets the foe, exploding on impact and splatting ink everywhere. You’ll be able to deflect these weapons by shooting them down with your attack when thrown by other players.

And the big part of the update, which is the new Salmon Run stage, is called Ruins of Ark Polaris, which seems to be a crash landing site of some sort of aircraft.

Splatoon 2 is out now for the Nintendo Switch and this new update will be available sometime this Tuesday. Are you excited to use any of these new specials or weapons? Let us know in the comments section below!