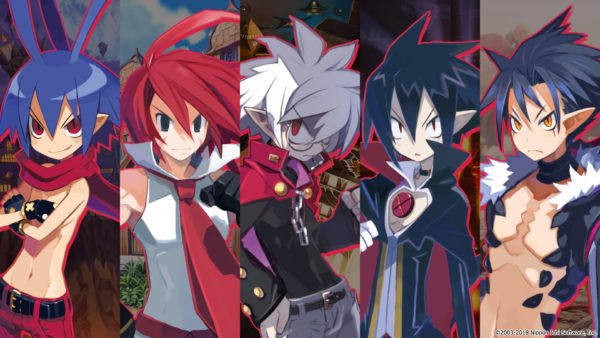 Today Nippon Ichi Software released a survey for its Japanese fans. The questionnaire focused mostly on the Disgaea series, but it also included some interesting questions about other properties from the developer’s history.

Fans are asked some rather generic questions like elements they’d like to see in the next Disgaea game, favorite scenes, favorite characters, favorite music, and desired improvements for the future. Interestingly, one question asks about possible different genres for the series.

The list includes JRPG, Action RPG, TPS, Racing Game, Simulation, Visual Novel, Western RPG, Action, FPS, Fighting Game, Adventure, and Action Adventure. On top of that, there is an option to mention that one doesn’t want the series to expand to other genres.

Two further questions focused specifically on Marl Kingdom, asking whether fans are interested in playing the series again or not, and whether they’d like a sequel, a remake, ora different narrative based on the original world view.

Marl Kingdom (Maaru Ookoku no Ningyou Hime) is a series of three JRPGs published for the original PlayStation and PS2 between 1998 and 2000. Only the first was localized in the west with the title Rhapsody: A Musical Adventure.

Of course, since this is simply a survey, we shouldn’t take any of this as an official announcement, but some of the questions are certainly intriguing. Could Nippon Ichi be ready to expand the Disgaea series to different genres? Could we get another Marl Kingdom game? For now we can only wait and see.