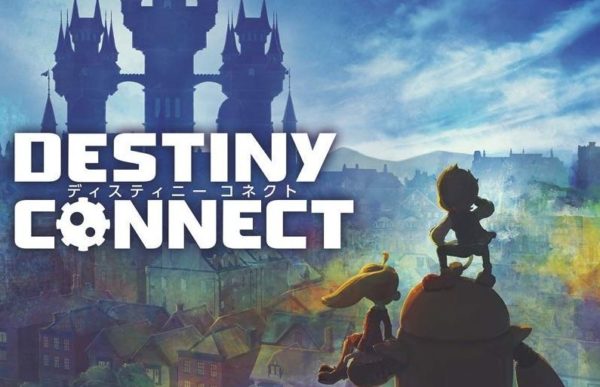 Nippon Ichi software revealed Destiny Connect, a JRPG created from the ground up with a new IP.

The game is coming to PS4 and Nintendo Switch, and it will be released in Japan on February 28th, 2019. For the moment we have no word about a possible western launch.

This time around the prolific developer from Kamigahara pushed the boundaries of what it normally achieves in terms of technology, Destiny Connect is fully rendered in 3D with a rather endearing stylized art style.

The main character of Destiny Connect is Sherry, a girl living in the city of Clockny. When she goes with her mother to watch the fireworks at the Soulman New Year festival. Suddenly, everyone in the city around her stops moving. Sherry will have to explore the city alongside the time-traveling robot Isaac and her friend Pegureo.

There are plenty more characters (including another protagonist besides Sherry, Isaac, and Pegureo, as the cover art appears to indicate), and they will be revealed in future updates.

While the game starts on January 1st, 2000, Sherry and her friends will have to explore both the past and the future to unlock the mystery that knocked the city out of the flow of time. At times this will allow you to enter places previously inaccessible, while you’ll have to fight mysterious machines.

Destiny Connect is a turn-based JRPG, with characters and enemies acting according to their speed, with a gauge showing the order of battle. As she fights, Shelly will learn new skills with various effects including healing, blocking enemy action, or delivering powerful attacks.

Another interesting system is the ability to customize Isaac by setting different parts named “gears” that can be collected during the adventure. This can increase his performance and change his battle style.

You can check out Destiny Connect’s charming trailer below, and the first batch of screenshots.

If you’re interested in Nippon Ichi Software’s games, you can check out our review of Disgaea 1 Complete alongside a recent trailer.