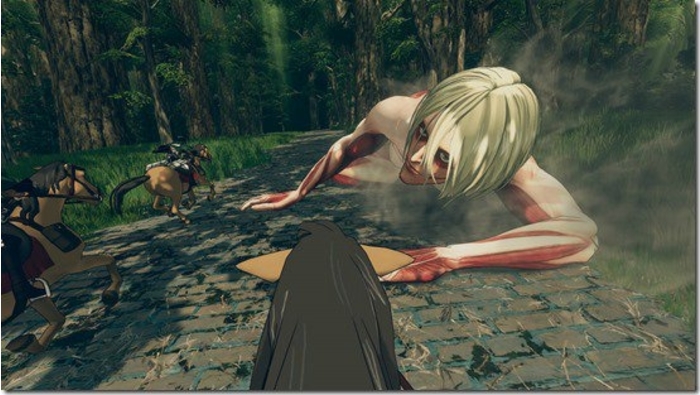 It seems like everyone is trying to get into this whole VR craze nowadays. We have Mario Kart VR, Resident Evil 7 in VR, and now it seems that a new VR experience based on the popular anime, Attack on Titan, is in development over in Japan (via Siliconera). The attraction is apparently in development thanks to a partnership between Sony Music Communications and Taito and is titled as “VR Attack on Titan: The Human Race.”

If you thought that the world of Attack on Titan was already scary, then think again, because this VR experience throws you right into the action. The Human Race puts you and three other players on horseback, attempting to escape from the Female Titan while playing as members of Squad Levi. The Female Titan plays a pivotal role towards the end of the first season of Attack on Titan so if you’ve watched the anime, then you know exactly what’s going on in this attraction.

VR Attack on Titan: The Human Race will begin demoing over in Tokyo from Oct. 19 – 26 at the Ginza Sony Park. We don’t know if this attraction will end up here in the west but who knows. Maybe this will end up in some arcades in a few years time?