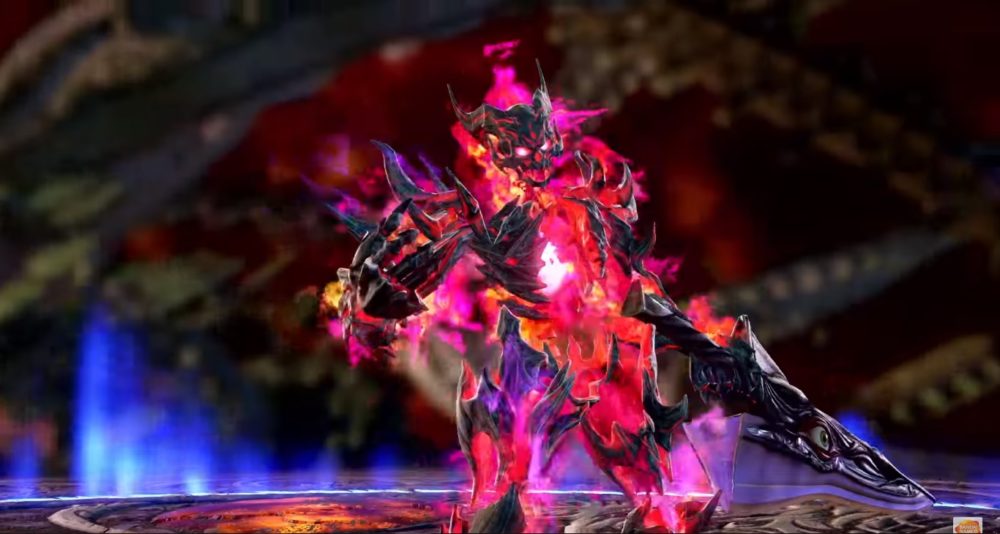 The main villain of the series, Inferno, has finally been confirmed for SoulCalibur VI. Bandai Namco revealed a new trailer today showcasing the antagonist with its iconic Soul Edge. The developer also provided the following description for this fighter:

“Inferno is the embodiment of Soul Edge’s will, an evil amalgamation of all the warriors’ souls it has claimed. Its motives for being are unknown. Some say it simply follows a desire to fight, maim, and gather souls. The eerie fire that surrounds Inferno represents the burning of the many souls the sword has reaped.”

The Soul Edge is a central character to the series, and as such has appeared in every mainline SoulCalibur game to date. In that sense, the appearance of the fiery Inferno here isn’t too much of a surprise. Even so, the villain boasts a new and intimidating design, sporting purple flames across its skeletal exterior.

As a fighter, Inferno possesses a deep knowledge of all fighting techniques from all the warriors it has slain. This allows it to use any weapon style with great finesse.  You can check out its playstyle in the trailer below:

In a recent interview, Bandai Namco revealed that the SoulCalibur franchise could end if this title does not do well. SoulCalibur VI launches on Oct. 19 2018 for PlayStation 4, Xbox One, and PC.