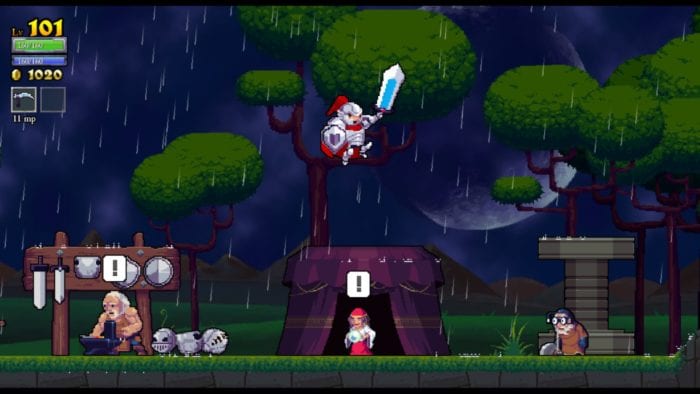 Rogue Legacy is right up your alley if you’re of roguelikes or tough games in general. If you missed the chance to play it previously, or just want to throw developer Cellar Door Games more of your money, the game has recently been spotted on the Switch’s European eShop with a release date of November 6th for £10.99. The listing on the eShop was followed shortly after by an official confirmation from Cellar Door Games, who also announced they’d be bringing Full Metal Furies to the Switch as well.

❤Rogue Legacy and Full Metal Furies is coming to the Nintendo Switch on November 6th, 2018!❤

**Get Full Metal Furies between Nov 6th – 25th on the Nintendo eShop for an awesome 25% discount!https://t.co/5K9ZNVvKYO

If you have never had the chance to play Rogue Legacy, it’s worth your time – we even included it on our ‘20 Best Rougelikes’ list earlier this year. The game describes itself as a “genealogical rogue-lite”, which means that each time you die, you play as your kid, who takes up the sword to go back out and try and survive against the hordes of monsters, wizards, and ninjas that await them. You can persistently upgrade your castle to give your next of kin a fighting chance, and each descendant can also have unique features, such as being colorblind or having vertigo.

Rogue Legacy has received well-earned praise since it’s 2013 release, and will no doubt be frustrating plenty of Switch gamers next month as well.

Rogue Legacy will be available on Nintendo Switch starting Nov. 6.