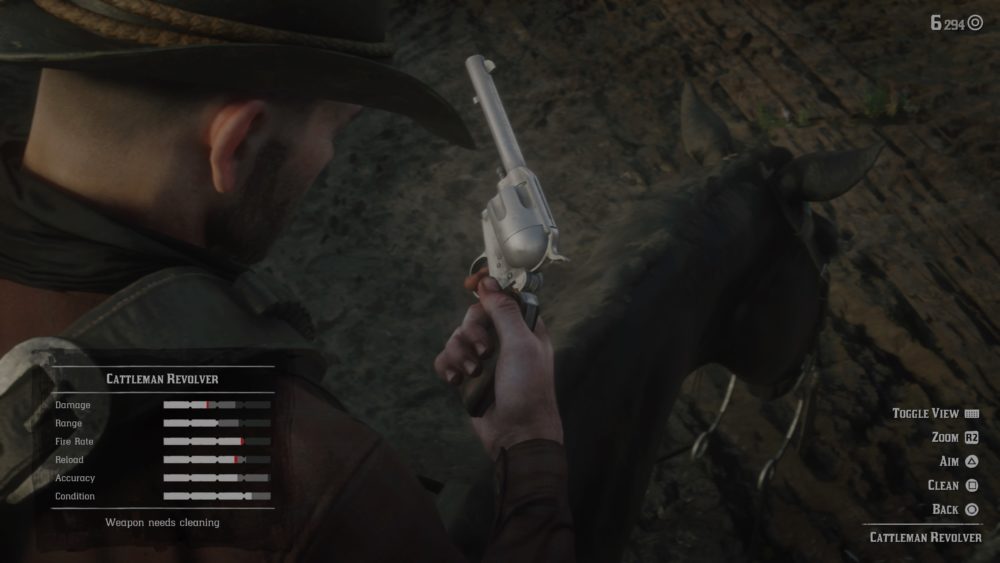 As you start your adventure in Red Dead Redemption 2, you’ll be given some rather average weaponry to help you succeed in your criminal activities. They’re not the worst, but they’re certainly not the best weapons you can get your hands on. While some better guns can be purchased from gunsmiths in different towns around the map, you’ll likely want to know what the best weapons are in Red Dead Redemption 2 so you can primarily focus on saving up for those… or just straight up acquiring them.

To help you with that, we’ve compiled a list of the best gun from every different weapon type in Red Dead Redemption 2, running down why it’s so good, as well as how to get it.

The revolver is a tricky category to talk about when it comes to picking out the best one you can get in Red Dead Redemption 2. Not only because a lot of them have fairly similar stats, but for other, spoilery reasons, too.

However, in terms of an all-rounder and easily accessible revolver, you can’t get much better than the Schofield Revolver. Not only is it unlocked during chapter 2, meaning you’ll have it for most of the duration of your adventure, but it’s got stats similar to the other, aforementioned revolvers you’ll gain access to as things progress in Red Dead Redemption 2.

The Schofield Revolver’s standout attributes are its high fire rate and accuracy, with good damage and range to boot. It doesn’t really have one outstanding stat like some of the other revolvers in the game, which makes it great for all occasions.

For the best pistol in Red Dead Redemption 2, you’ll ultimately want to grab either of these weapons. What’s the difference? Midnight’s pistol is all gold and fancy-looking. Outside of that, it’s the exact same as the Mauser pistol that you can unlock come chapter 5 in the game.

Midnight’s pistol, on the other hand, can be attained by picking it up from his body after the duel in the gunslinger mission on Billy Midnight.

These pistols are particularly good due to their high fire rate, nippy reload speed, and solid accuracy. They only just beat out the Semi-Automatic pistol for us due to their slightly higher damage output.

There are only three different repeaters you can get your hands on in Red Dead Redemption 2, and fortunately, the best of all of these is literally given to you in a mission during Chapter 2 (“An American Pastoral Scene”).

In a straight comparison with the Carbine Repeater that you’ll get right at the beginning of your adventure in the game, the Lancaster Repeater may look a little inferior. Well, it is ever so slightly on the damage front, but it makes up for this with superior accuracy and fire rate. This means you’re more likely to land your shots, and deal them out at a faster rate, than you would with the Carbine.

The Litchfield Repeater is arguably a superior weapon over the Lancaster Repeater, with considerably higher damage and only slight sacrifices in other stats to make up for it. However, due to this only being unlocked right towards the end of Red Dead Redemption 2’s story, the Lancaster is your best bet for a solid companion on your adventure.

There really isn’t any other choice when it comes to a bolt action rifle in Red Dead Redemption 2. While the Varmint Rifle is fine for your small game hunting needs, you need something more substantial for dealing out damage to enemies and bigger beasts.

The Bolt Action Rifle is, simply put, better than the Springfield Rifle in almost every single way. It takes a tiny, tiny, hit in the damage department, but boasts significantly improved fire rate, accuracy, and reload speeds over the Springfield. And we’re talking marginal drops in damage.

Even better, you get the Bolt Action Rifle as part of a mission during Chapter 3, so you won’t need to worry about buying it from a gunsmith, either.

We’ve seen talk that the Pump-Action Shotgun is the best there is in Red Dead Redemption 2, and we’d almost be inclined to agree… if it wasn’t for the Semi Auto. Sure, the Pump Shotgun beats it out in accuracy, but it’s only marginal, and to make up for it, you get a far better fire rate, instead.

As such, the Semi Auto Shotgun does require you to be a good shot. Even if that’s not the case, when combined with your Dead Eye, it’ll tear through multiple enemies in the blink of an eye.

You will have to wait until Chapter 4 to get the Semi Auto Shotgun. Either that, or go to Watson’s Cabin and steal the homestead stash to get it this way a little earlier.

The Carcano Rifle isn’t as powerful as the Rolling Block, but its fire rate and reload speeds are so much higher that it’s worth taking the hit in the damage department.

That being said, the Carcano Rifle isn’t unlocked until pretty late in Red Dead Redemption 2, so chances are you’ll be using this for your end game activities more than anything else.