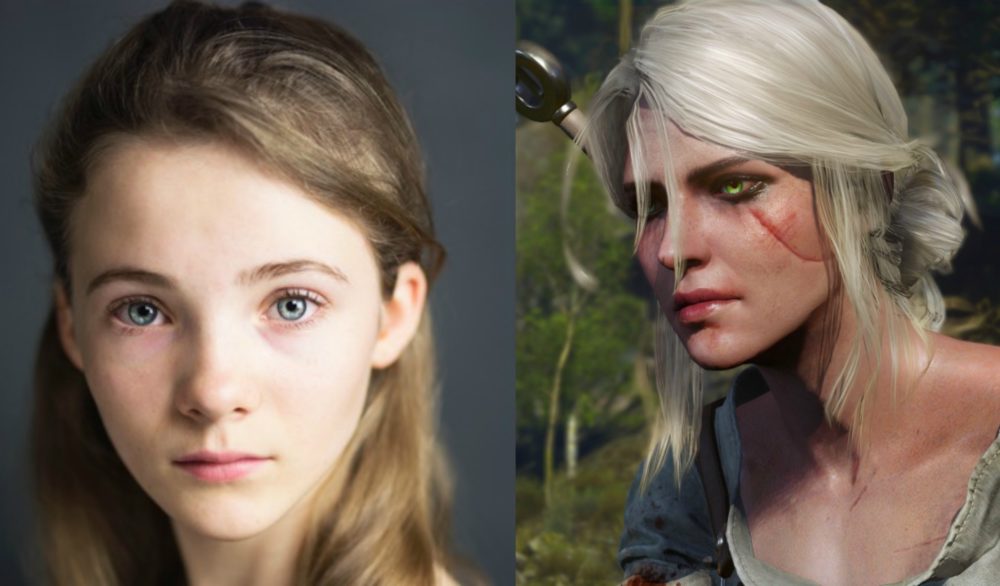 The Witcher Netflix series is a production that has a lot of people excited, and yesterday we were given a big update on the show’s cast. At last, we have confirmation on who is playing a hugely iconic character from the franchise: Ciri.

Freya Allan isn’t a household name actress by any stretch of the imagination. She’s been in mini-series such as Into the Badlands and War of the Worlds, but we couldn’t find much in the way of footage of her performances, save for one adorable YouTube video circa 2015.

You can check out this super cute video of Freya Allan and her peers performing Naughty from Matilda.

We’re not sure how handy her singing and dancing skills are going to come in for her performance as Ciri, but it’s nice to hear her accent at the start of the video. Oh, and she pulls off a nifty hand-stand at the end, too!

Much ado has been made about the age of both Freya Allan and the actress playing Yennifer, Anya Chalotra. Allan certainly looks young in the above video, but do keep in mind that’s footage from three years ago.

Below is a nice mock-up of what Allan should look like in full Ciri attire:

If you’re still worried about Allan looking young, the producers of the upcoming Witcher show recently used Game of Thrones as an example of why the cast is comprised of young actors and actresses.

As you can see, it’s about building for the future. The producers are clearly confident that the cast will grow into the role moving forward. We’ve also no idea when the show is supposed to surface on the streaming service. You’d have to imagine we’re looking at at least 18 months before the first episode.

Regardless of that painful wait, we’re still stoked to finally have some more information on The Witcher Netflix series. Let’s hope it’s as good as the Castlevania animated show that’s due to return later this month.

There are still plenty more characters that haven’t as yet had their actor/actress yet revealed. One is Triss Merigold, so we’ve taken a stab at guessing who’s in line, which you can check out here.