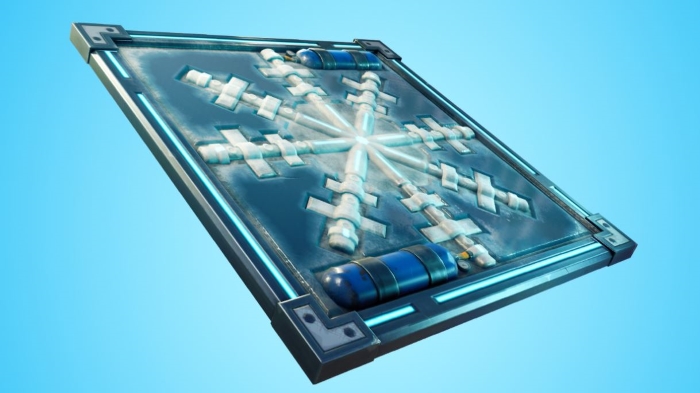 Epic Games released the latest patch notes for Fortnite’s 6.01 update, adding new items for both Battle Royale and Save the World modes.

Battle Royale received a new trap called the Chiller, which does not freeze enemies in their place despite its name. Instead, it turns friends’ or enemies’ feet into ice blocks upon contact and causes them to slide around with very little friction. Check it out in action from the video below.

The creative Playground mode also added more settings for players to tweak, such as starting health, time of day, and gravity. The content update brought bug fixes for Battle Royale as well, specifically improving the motion controls for the Nintendo Switch version and fixing an issue where players could not interact with items on the mobile versions.

Save the World added one new and one returning weapon to the Weekly Store alongside a few bug fixes. The “fast-swinging” Lead Sled Hammer and shot-piercing Obliterator Sniper Rifle will be available starting today at 8 p.m. ET until Wednesday, Oct. 10 at the same time.

Fortnite’s Season 6 arrived last week with plenty of changes to the Battle Royale mode including new locations, more weapons entering the vault, and a new Battle Pass with another 100 tiers of cosmetic rewards.

Update: In a post on the Fortnite: Battle Royale subreddit, an Epic Games mobile community coordinator wrote that the interaction bug for mobile platforms had not been fixed and was “a mistake” that the bullet point was included in the patch notes. The coordinator did mention a temporary workaround for the time being for players using “Claw style” by “having two fingers touching the screen and then tapping on the item.”

“While I do not have an exact timeline to give you all on when this issue will be fixed, I can say that we have identified the main cause of this bug and are confident that we will have a fix ready to deploy after the appropriate testing has taken place,” the coordinator wrote.