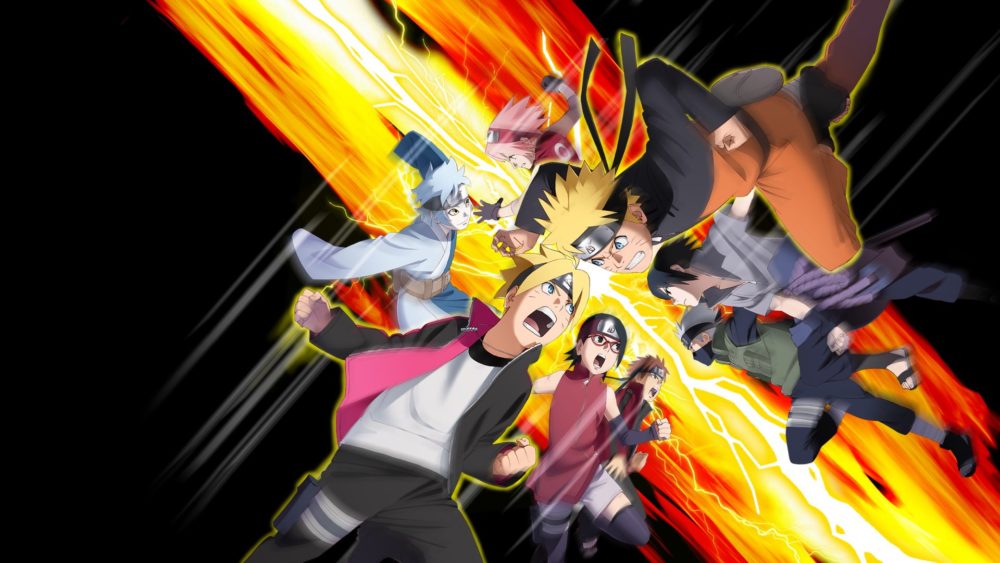 For all that Naruto to Boruto: Shinobi Striker does well, there are an equal number of elements it fails to fully realize and keep it from reaching the heights it could have achieved.

The latest video game offering based off of the massively popular Naruto manga and anime, Shinobi Striker takes all of the core elements of the series and presents them to players in a multiplayer arena fighter. As a created character, you enter the world of Naruto and his friends to compete in the Ninja World League Tournament, battling with other players online in 4 vs. 4 matches which include Barrier, Base, Combat and Capture the Flag. Each player can also choose a different role to play in combat: Attack types which rely on close range melee attacks, Range types which pick off enemies from a distance with Ninjutsu attacks, Defenders capable of erecting walls and obstacles to delay enemy movement, and Healers who can restore teammates’ health or paralyze opponents. Each role offers strengths and weaknesses that players have to learn to utilize to their advantage in matches, and offer Jutsu and equipment that are unique to those classes.

While there is some setup for how and why ninja have gathered to compete in these competitions, there isn’t any real overarching storyline to the title. Instead, the multiplayer gameplay is the main attraction, and while the game provides VR missions as an option for those who want to play as and strengthen their character offline, they don’t offer much depth aside from some callbacks to the series’ characters and their personalities. They also serve as justification for how and why the player trains under the series’ cast to unlock the more iconic Jutsu and abilities, from the Rasengan to the Chidori.

For the most part, this is fine. The multiplayer gameplay and character creation fit the series to a tee, allowing a decent amount of depth for character creation and customization and an easy way to test them out. The well of options for different equipment, cosmetics and Jutsus players can equip is deep enough that they won’t run out of options to unlock anytime soon, and with a wide range of different master characters to train under and unlock Jutsu from, there are plenty of ways to keep one’s character feeling fresh and fun to play as. Likewise, the game’s art style and music present it in the best light possible. The cel-shaded graphical style brings the series to life much in the same way as the Ninja Storm series, with characters and environments that are awash in color and lively attacks that flow across the screen with ease. The game’s score, meanwhile, is pretty standard fare for a Naruto game, but still manages to elicit the feel of the series with some of its trademark shamisen, shakuhachi and drum-based tracks.

Sadly, none of this really matters when Shinobi Striker’s multiplayer fails to work properly. The game features regular technical hiccups that can severely hamper the experience. Matchmaking can sometimes last for an hour without a full roster of players being found, and even then, the game regularly freezes on loading screens after matches, forcing the player to quit out of the game. Other glitches like a failure to return to the matchmaking screen can leave the player trapped in an endless loop of quick matches, unable to switch modes without quitting out of the game and hampering the experience for players who would be impacted by bailing on a successfully formed match.

Even when it does work, the multiplayer mode loses a lot of its depth and entertainment the more you play. With only four match types and very little variety in how to complete them, matches can quickly become repetitious and a slog unless you’re regularly playing with friends. This is compounded by the fact that Shinobi Striker doesn’t matchmake with player level and experience in mind. Some rounds will become quick slaughterfests with one team comprised of mostly new players and the other of S-rankers decked out in high-level equipment and Jutsu. Suffice it to say, this isn’t the best way to get new players into the game, and even if one sticks it out long enough to become one of the players who towers above newcomers in terms of power and skill, there’s little entertainment to be found in beating up those who don’t even know what they’re doing yet.

This lack of depth also plagues Shinobi Striker’s co-op missions, which allow you to take on missions and scenarios alongside one another. These can range from boss battles with the series’ tailed beasts to defensive missions against waves of enemies, and for the first few playthroughs, they’re fun enough to keep a group of players entertained for a few hours. There are only so many of these missions to play, though, and after going through all of them a few times, there’s little reason to return to them again.

It’s frustrating that Naruto to Boruto: Shinobi Striker isn’t better, because the elements it needs to be a great game are all there. The modes on display show the game can be fun, and with a bit more added in, there’d be more of a reason to stick with the title. As it is now though, there’s little to keep any but the most diehard fans around, and even then there’s only so much entertainment they’ll be able to get from the title until it’s refined and fleshed out more with continued patches and support.