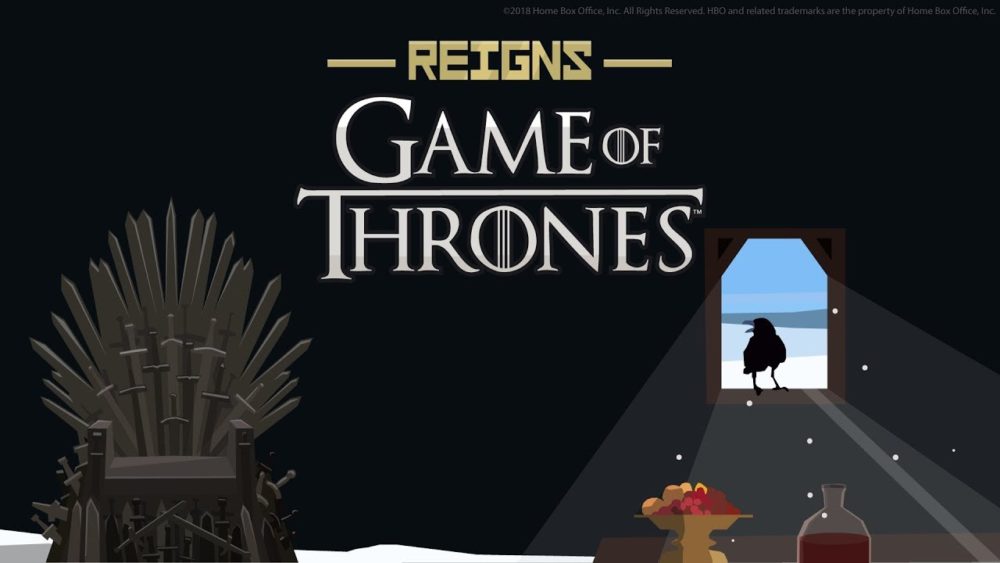 Reigns: Game of Thrones, a new entry in the Nerial developed empire-building meets Tinder series, was announced on Twitter this morning.

The partnership between publisher Devolver Digital and HBO’s hit franchise will see players making decisions on the future of their Game of Thrones’ universe by swiping left or right to execute decisions in classic Reigns fashion. Reigns: Game of Thrones picks up where the show ended at its most current season (Season 7) and will allow players to take control of the remaining characters’ destiny from there, essentially allowing players and fans to run simulations of Season 8 while they wait for the hotly-anticipated conclusion to commence in the first half of 2019. The game is set to launch in October of this year on iOS, Android, and Steam, and can be pre-ordered now.

London-based Nerial has seen great success with the Reigns series, which was originally developed as a way to mock society’s view of complex decisions, according to lead game designer François Alliot. First released in August of 2016 on PC, iOS, and Android, the game was generally well-received and earned a sequel, titled Reigns: Her Majesty, in late 2017. Her Majesty shifts the focus on to a queen, but ultimately just expands on the gameplay that made the original title so charming. A single game containing both of the titles, dubbed Reigns: Kings and Queens, is set to come to the Nintendo Switch sometime this summer.

It remains to be seen if the Game of Thrones version will make its way to the Switch, but strong sales of the Kings and Queens version will probably increase the odds.