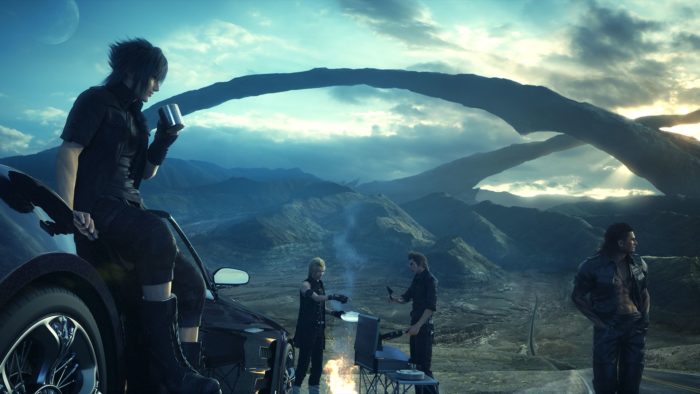 The latest update for Final Fantasy XV on Windows offers a number of new features to players, not least of which is the ability to swap out Noctis for a custom avatar.

Announced by Square Enix Aug. 9, the update allows players to swap in their avatar as the game’s protagonist by speaking to Avatara. This new character can be found within the world dressed as Kenny the Crow, and after speaking with her the change can be made and reversed at the player’s discretion.

In addition to this, the update will also offer the User Photo feature which allows players to take photos and share them at the location where they were taken. Players can like said photos and will receive rewards for photos that are liked by enough people.

Finally, the update will offer two new types of treasure for players to find scattered throughout the game world. One is the Official Treasure offered by Square Enix and is represented with a blue crystal. The treasure can be found in a different location within the game world each day and will be announced to give players a clue as to where to look. The other is a User Treasure, which can be placed by players throughout the game world at their discretion. As with the Official Treasures, only one can be placed by a player each day.

The additions are only the latest made to Final Fantasy XV since its launch in 2016. Originally a single player game with an open world design, the game has been expanded to include multiplayer elements and additional gameplay enhancements which have greatly expanded the original scope of the title. The game continues to see story content support as well, with four story DLC packs planned for release in 2019.

Final Fantasy XV is currently available on PlayStation 4, Xbox One and PC.