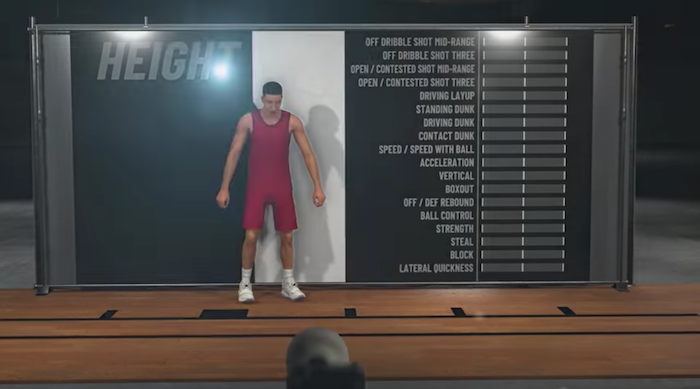 Not only does character creation in NBA 2K games give you the ability to mold your baller’s physical appearance, but it also allows you to adjust his maximum attributes for various skills such as ball handling, shooting, dribbling, and more. However, the last few games in the annual basketball series doesn’t allow players to see the maximum stat cap as you go about the character creation process. This is a big problem for many, considering the game has nearly 200 archetype combinations, with adjustments to your character’s height, reach, weight and wingspan affecting your attributes.

Due to the lack of an in-game stat tracker, most fans who were serious in getting their preferred character build resorted to various stat calculators and stat charts from outside the game. Thankfully, 2K is fixing this issue in NBA 2K19.

YouTuber Chris Smoove recently received confirmation from 2K that NBA 2K19 will now allow players to see the maximum attributes during the entire character creation process. “All you have to do in the creation screen is to hit a single button and it’s gonna show your max attribute caps so you can see what your speed is gonna be like when you raise the weight or change the archetype,” said Smoove. He adds, ”Now you can compare to pick the build that gives you the best rating possible closest to what you’re trying to do.”

Smoove stated that this quality of life improvement will not be available in NBA 2K19’s The Prelude demo. Due to this, it might be in your best interest to abstain from transferring your demo progress to the full game.

In retrospect, if you were to create a character for MyCareer in NBA 2K18, you had to be 100 percent sure that this is the baller that you want to spend with for a long time. Many found it too grindy to earn in-game money for upgrading character stats, and spending real-life money on top of the game’s $60 price tag for premium currency to purchase upgrades is already too much for some players. Thankfully, this announcement solves one of the issues from previous titles in the series. Now, if only the team will do something regarding its intrusive microtransactions…

NBA 2K19 is scheduled to launch on Sept. 7, 2018 for PC, PS4, Switch, and Xbox One. Players can get their hands on the game’s MyCareer mode through the August 31-scheduled prelude demo.