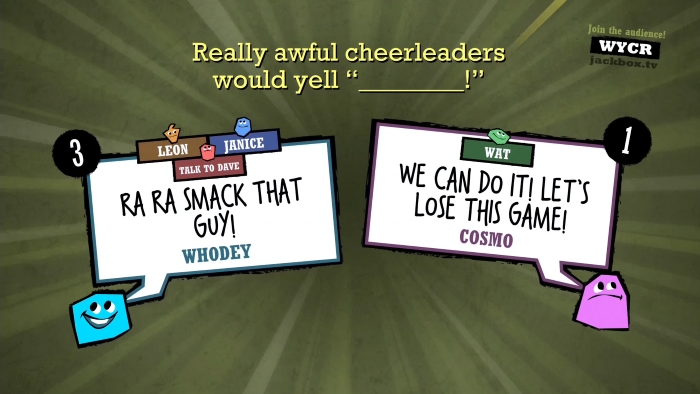 Jackbox Games’ catalog of trivia and party games make up the newest Humble Bundle today with a collection of standalone games and Jackbox Party Packs.

The bulk of the bundle are the first three Jackbox Party Packs, which contain five multiplayer games in each, and three standalone games that are prequels or sequels to the games in those packs. The games allow between four to 16 players to use their computers, tablets, or smartphones as their controllers as long as there is an internet connection. The other titles in the bundle are different volumes of You Don’t Know Jack, trivia games with oddly worded questions released in the late 1990’s.

Here’s what Steam keys come for paying $1 or more in the bundle:

Finally, paying the last tier of $12 or more gives:

Jackbox Games will be launching The Jackbox Party Pack 5 for PC, consoles, and other platforms sometime this fall. It will contain a new version of You Don’t Know Jack alongside new games Split the Room, Mad Verse City, Patently Stupid, and one unannounced game.