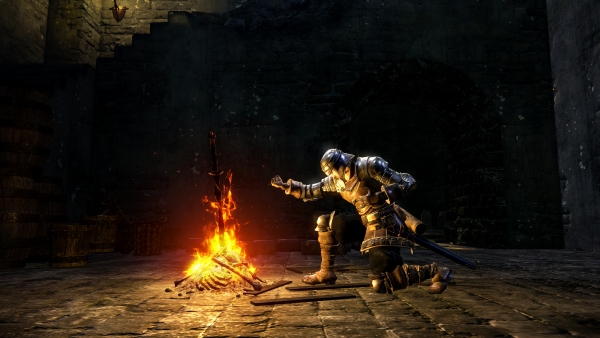 Bandai Namco has announced that the three entries in their aggravatingly-difficult medieval fantasy series will be coming to the PlayStation 4 and Xbox One on October 19 as the Dark Souls Trilogy. The three-disc collection contains the remastered version of the original title, which just released earlier this May, Dark Souls II: Scholar of the First Sin, Dark Souls III: The Fire Fades Edition, and all accompanying DLC for each title in one snazzy steel book. The trilogy will set consumers back roughly $80 USD. Physical copies will be limited, so interested parties should pre-order quickly.

It’s not all sunshine and rainbows though; Bandai Namco UK confirmed through Twitter earlier this morning that the trilogy would not be releasing in Europe. Specifying that the announcement of the package was for the United States and Asian markets only, the tweet urged people to pick up the Switch version of Dark Souls: Remastered, which will also launch on October 19 across the globe.

Outside of the clarification on social media, there hasn’t yet been an explanation as to why the European markets are being shirked by Bandai Namco or developer FromSoftware. The confusion has only been exasperated by the fact that the compilation was announced during Gamescom, Europe’s largest gaming convention of the year, but it likely has to do with the limited nature of the product. Furthermore, each title can be procured through Amazon for cheaper than the $80 USD price point.

For more on Dark Souls, check out our list of 11 words Dark Souls taught us and the five ways Sekiro: Shadows Die Twice, From Software’s newest game, will be different than Dark Souls.