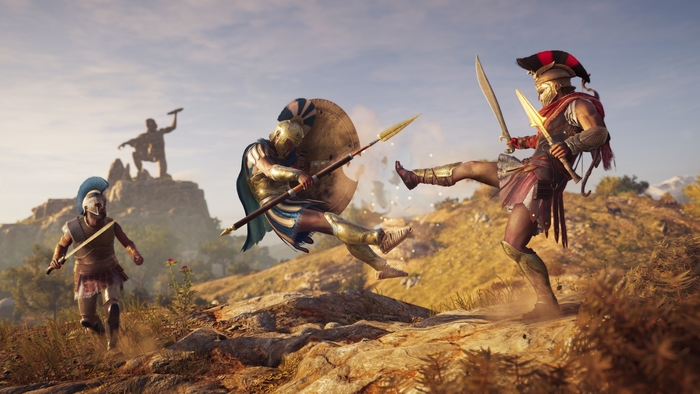 During Gamescom 2018, Ubisoft showed off new gameplay footage of the upcoming Assassin’s Creed Odyssey, which features a quest based around killing the ancient Greek monster, Medusa. The five-minute gameplay video released by Ubisoft shows off the main character pulling off some sweet high-leveled moves while taking on the snake-haired scoundrel; you can watch the gameplay below:

Assassin’s Creed Odyssey is set during the peak of Greece’s Golden Age, letting you explore the depths of the oceans to snowy mountaintops while shaping the world around you with unique dialogue choices and several different endings. Every decision you make will alter the entirety of your experience in Greece – making choices will be as difficult as ever, so choose wisely and watch as Odyssey dynamically shifts based on your preferences.

Assassin’s Creed Odyssey is due for release on Oct 5 for PS4, Xbox One, and PC. Meanwhile, you can check out our review on last year’s, Assassin’s Creed Origins, which was set in ancient Egypt with a deeper emphasis on RPG mechanics – something entirely new to the long-running franchise. In our review, we praised the new RPG elements and the world-building, but what we weren’t a fan of, was the many bugs that were present in the game.