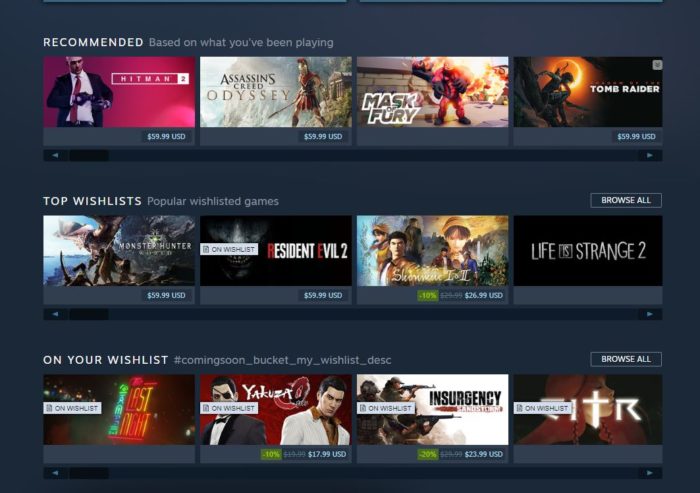 Steam has made some big changes to its Upcoming Games tab, which should result in you seeing a lot more personal version of Steam for you and the games you’re interested in playing. You can see a list of these personalized and curated games on every Steam homepage, and you can even expand it out to a full page when you pick on it. There are a ton of games coming out on the platform each day, so having them all at your disposal is a huge boon.

The Upcoming Releases page has also been changed to show games that usually appear often on users’ wishlists or that amass pre-orders more often than others, which Valve takes to mean that the games themselves are in high demand. Also, the list will not show you any games you’ve previously stated you don’t want to see any longer. You can remove all these filters if you want as well, by taking a look at the All Upcoming Games list.

These alterations should help Steam users curate a better selection of titles that they want to see when they log in each day, especially given the fact that the service will no longer be curating games the way it used to following the controversy surrounding visual novels and adult games. It’s probably the first in a series of changes coming to the platform, so if you’re a regular Steam user, you might want to be on the lookout for them, rolling out in the coming months.