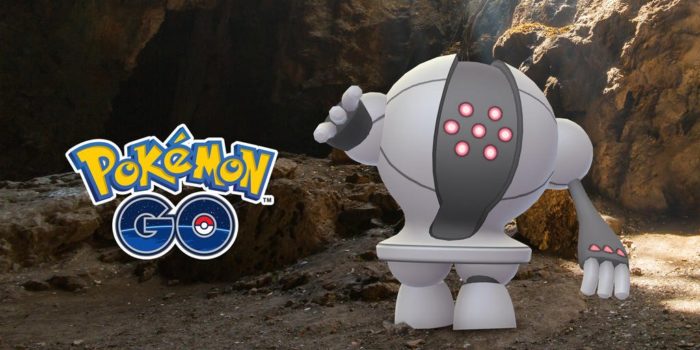 The year of legendary Pokemon continues with the Steel-type titan Registeel taking over Regice’s spot in future Raid Battles in Pokemon GO starting today until Aug. 16.

This announcement comes as at very little surprise considering the massive amounts of updates Niantic is pushing for Pokemon GO including multiple legendary Pokemon such as the Time-Travel Pokemon Celebi and the return of the mythical New Species Pokemon Mew. Registeel was also teased for Pokemon GO within Regice’s announcement along with the remaining titan trio member Regirock.

Like its Iceberg sibling, the Iron Pokemon is a long-time fan favorite thanks to the overly complicated puzzled that players are required to solve in order to even encounter the titans in the third generation of games. Being the most defensive and the most competitive of the three titans thanks to its high defense and lack of weaknesses thanks to its Steel typing, this news is particularly exciting for avid Pokemon GO players.

As part of the game’s summer of updates, Zapdos was recently announced to appear as a Raid Boss starting July 21 for a three-hour period, and trainers may even be able to encounter a shiny Zapdos. This exciting announcement and more were only made possible thanks to the overwhelming success of this year’s Pokemon GO Fest, Chicago where multiple Global Challenges were completed and several participation goals were met.

Registeel will be available in Raid Battles starting today through Aug. 16.