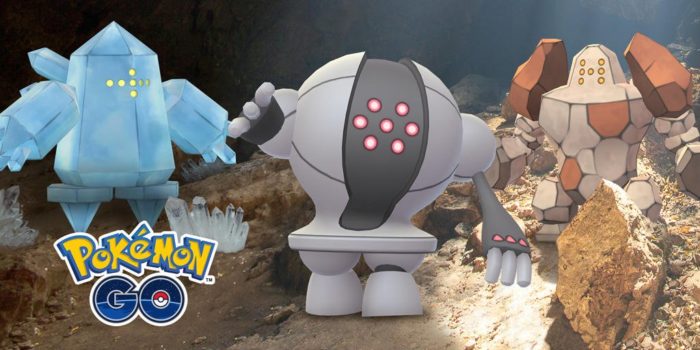 Trainers can now take on the legendary titan Regice in Raid Battles in Pokemon GO, something especially exciting for fans of the legendary titan trio. According to the Pokemon GO website, the Iceberg Pokemon will be available until July 19 while the remaining members of the trio, Registeel and Regirock, will “roar into Gyms worldwide.”

Long favored from the 3rd generation of  Pokemon games for having a complex, almost impossible braille puzzle in order to encounter them, the three legendary titans have become well-known figures within the Pokemon universe. Though they may not impact the story directly like the more prolific legendaries like Groudon and Kyogre, the titans have become much more menacing because of the mysterious manner in which they have been sealed away while they sleep.

This news however, was slightly looked over due to the massive upcoming new update in Pokemon GO that will add a friends list and a new trading mechanic to the game, features players have wanted since the app’s release. As the titans have long been fan-favorites of the Hoenn region, their releases seem to be just the beginning of the “summer of earth-shattering events” Niantic has planned for their app.

Regice is available as a Raid boss until July 19 before it returns to yet another ancient slumber.