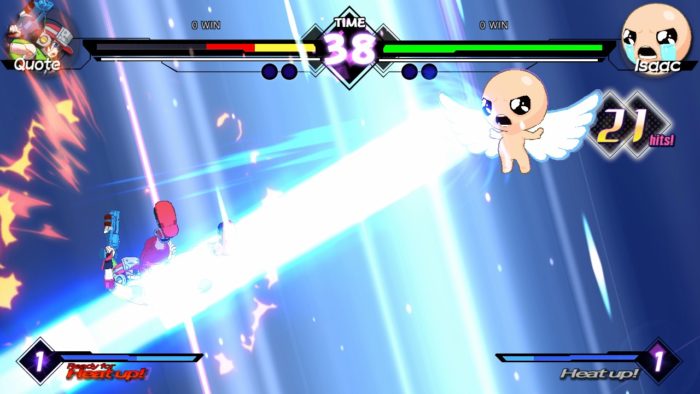 Developed by Studio Saizensen and published by Nicalis, upcoming fighter Blade Strangers is a crossover game with a cast of 14 characters from various games. In a new blog post, Nicalis tells us a little more about each one.

On Nicalis’ blog, they go into a little more detail about each character, and explain a couple of the fighters’ unique abilities. For instance, Kawase can use her fishing lure to travel from one side of the screen to the other. Or there’s grappler Emiko, who rides a giant cat. Both Curly and Quote make use of their firearms from Cave Story+ to keep opponents at a safe distance. There’s also Isaac, who uses some of his power-ups from his game and is the shortest fighter, making him a little harder to hit.

Blade Strangers will feature tutorial and training modes to help familiarize players with this diverse cast of characters, as well as story, arcade, mission, versus and online modes. It will also have other features, like leaderboards and customization options. This is the second fighting game developed by Studio Saizensen, the first one being Blade Arcus.

Blade Strangers will release on Aug. 28 of this year for the Nintendo Switch, PS4, and PC via Steam, with the Switch and PS4 versions also getting a physical release.