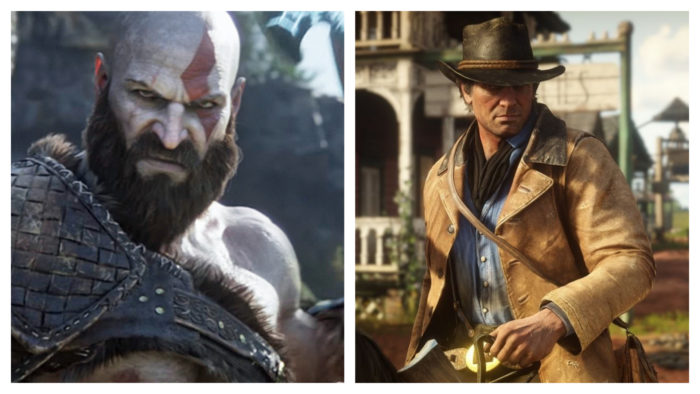 Last year’s GOTY process was the most boring one I’ve ever been a part of professionally. As soon as Breath of the Wild reviews started pouring in, including ours, I knew that it was a wrap. We weren’t even through the first quarter of the gaming year, but the writing was on the wall. JRPGs like NieR: Automata and Persona 5 would have had to blow away already high expectations to dethrone BotW. The best contenders were Sony’s big in-house exclusive, Horizon Zero Dawn, and Nintendo’s own Super Mario Odyssey, but they too didn’t have what it took for most publications. There was just too much in BotW’s favor. It not only met and exceeded what everyone thought it was going to be, it did so in a completely unexpected and daring way, trying lots of new things, and it featured a distinct visual and audio style that will be timeless.

At Twinfinite, picking our GOTY is a team effort. Personally, I pushed for Persona 5, and it did end up being our runner-up, but as I expected earlier that year, BotW was our winner. And, unsurprisingly, a large percentage of the game journo world went in that direction. A website that tracks GOTY picks, aptly named Game of the Year Picks Blog, counted 189 sites going with The Legend of Zelda: Breath of the Wild. The next closest was Horizon Zero Dawn at 52.

It’s not totally uncommon for a single game to dominate GOTY awards across the community. Although we opted for Bloodborne in 2015, an even larger percentage of sites than BotW according to GOTY Picks Blogs went with The Witcher 3, and in 2011 The Elder Scrolls V: Skyrim cleaned up. It’s great when there’s a game so good that so many people can find common ground in adoring it, but it makes GOTY conversations dull, that’s for sure. Things will be different this year, though.

Last week we ran through the early GOTY contenders. Right now, although it’s not my personal pick, the leader in the clubhouse is probably God of War. The reception both critically and from PlayStation fans have been overwhelmingly positive. Looking at both Metacritic and OpenCritic, two of the most popular review aggregates, God of War is sitting at a 94 and 95 respectively. In addition to being a great game worthy of consideration and winning, Sony does an excellent job of marketing and promoting their big exclusives, and although it came out early in the year, I don’t think people are going to forget about it come November and December. While if it were up to me, I’d probably go in a different direction. If sites voted today I’m pretty sure God of War would have a percentage of awards similar to what we saw with Breath of the Wild. We’re not voting today of course, and between now and December, there are a lot of games that could stand in the way of God of War.

Last week, Octopath Traveler released, and it’s a game that I think will be a slow steady burn as far as popularity goes as JRPG fans get the opportunity to play through a significant enough portion of it. There’s a time investment that is needed to get a handle on all of the different character stories going on, and to fully appreciate the excellent battle system. When we all look back months from now, and people have had the time to replace their preconceived notions of what they thought it was going to be, with actual experience playing it, I do think Octopath Traveler can be a dark horse GOTY candidate especially in publications that have an affinity for JRPGs.

If we want to look at games that will be the king of their respective genre, Forza Horizon 4 is likely to claim that spot for many sport and racing fans. The Forza series has grown to be one of the best, and most consistently high-achieving in Microsoft’s arsenal. What we previewed briefly at E3 2018 was excellent, and sites that are willing to value a racing game, as high as any other type of game, then Forza Horizon 4 will probably have what it takes to earn some consideration.

Shadow of the Tomb Raider also releases this fall, and with Uncharted out of the way, at least for now, it can have the “treasure hunting action-adventure” spotlight to itself. I’m one of the few that think outside of the story/writing, from a gameplay perspective, Tomb Raider since its reboot is light years ahead of Uncharted. I’m looking forward to seeing if Square Enix/Eidos/Crystal Dynamics can put everything they’ve learned together, wrap this trilogy up with a bang, and get more mainstream recognition.

There is then, of course, the most obvious game standing in God of War’s way of claiming 2018, Red Dead Redemption 2. The original game, is among the greatest games of the last generation. It’s being made by Rockstar’s A-team, a group that has built up a reputation over generations for creating some of the most polished, well-written, and entertaining single-player games ever. If there’s something that can bring God of War down, spoil its year, and maybe even do it with ease, it’s going to be Red Dead Redemption 2.

I could probably go on making cases for more games, but bottom line, there’s actually an air of uncertainty this year and I’m able to make a real case for more than one game. There are conversations to be had, and arguments to be made. If you asked me to write this article last year, I couldn’t do it without being disingenuous. I’d just tell you that Breath of the Wild was going to be the consensus pick, end of discussion. Unless one of the unreleased games pulls a Witcher 3/Breath of the Wild, and just achieves a level of greatness that we couldn’t foresee coming, picking one Game of the Year this year is going to be brutally difficult, but lots of fun.