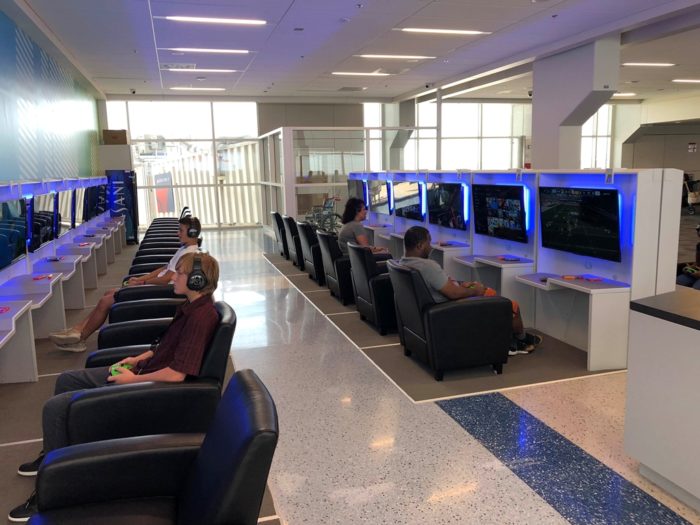 Gamers waiting for flights at Dallas Fort Worth International (DFW) in Dallas, Texas will have something new to keep them occupied if they aren’t already equipped with their Switch, 3DS, or PS Vita. Gameway will be opening up two first-of-their-kind gaming lounges at DFW airport.

With two locations within the airport, DFW has become the first airport that Gameway has opened gaming lounges in. The lounges, located at Gate 16 in Terminal E and Gate 42 in Terminal B, feature 22 and 14 gaming stations respectively. Each of these stations come equipped with Xbox Ones that are loaded with 19 games that gamers can choose from. Titles include Fortnite, FIFA 18, Call of Duty WWII, NBA 2K18, Minecraft and Rocket League. Gamers have the option of paying 42 cents per minute or $20 for unlimited playtime while they are there.

Gameway president Jordan Walbridge stated that the company’s purpose “is to make airports entertaining.” OK yeah obviously, but he also went on to say that “with 50% of Americans reporting that they play at least three hours of video games per week and the average players being 35 year old males and women in their mid-40s that opening the lounges within airports would be the perfect location for catering to these demographics.” Sounds logical to us.

Gameway is currently in talks with other airports through the United States in hopes of opening more lounges. But don’t expect to see these opening soon as the process with DFW took around a year and a half to implement. Here’s hoping we’re wrong on that one.