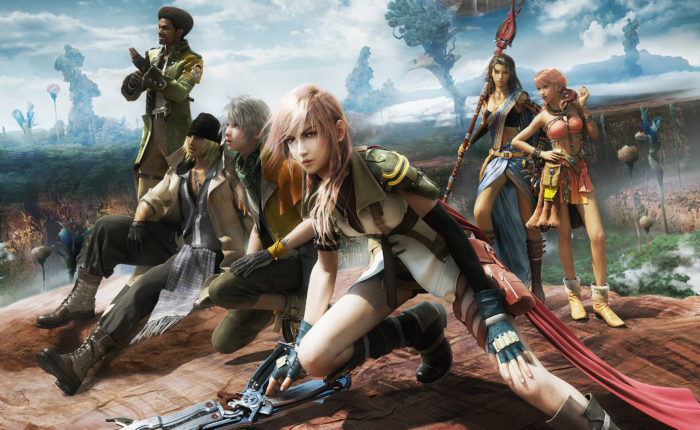 [Endless Playlist is a series of monthly articles where we pick a video game soundtrack for discussion, try to provide a critical analysis of how it performs within the game it’s from, and decide how it holds up on its own. This month, we’re breaking down Final Fantasy XIII’s soundtrack.]

Two months ago, I decided to revisit Final Fantasy XIII for the first time since playing it many moons ago on the PS3. From what I could recall, I had disliked the nonsensical plot, moronic characters, and remember thinking the soundtrack was unmemorable and poor, especially compared to the rest of the series. I did, however, enjoy the hell out of the combat system, but that was about it. Fast forward eight years later, and my feelings on the game are mostly the same. The plot and characters are still silly, and the combat system’s still really fun. What has changed is that I’ve also found myself developing a newfound appreciation for the game’s music and score.

Just last month, when we were at E3, I had the opportunity to speak with Wizard of Legend soundtrack composer Dale North, who coincidentally had a few things to say about this game’s music. While my initial impression of Final Fantasy XIII’s soundtrack was that it had a few good tracks that stood out, it was overall a very bland collection of music. North, however, offered a deeper explanation as to why it was one of his favorite scores of all time.

“A soundtrack is just a bunch of songs, but a score is everything tied together in some sense. And, to me, that’s what serves a game best. Final Fantasy XIII references itself, and it’s multiple composers writing multiple songs to make this holistic kind of listening experience.”

With that in mind, I finished up my playthrough of FFXIII, made notes about musical moments that stood out in the game, then dove headfirst into the soundtrack. One of the very first things you notice about FFXIII’s music, and the game in general, is how it’s split into half. The first half takes place in the futuristic, Midgar-like continent of Cocoon, while the second half brings us down to the abundant fields of Gran Pulse. This dichotomy and contrast are immediately present in the game’s impressive prelude track, which is also aptly split in half in terms of musical tone.

The metallic beginnings of the track create a very rigid and industrial soundscape —perfect for the mechanical look and style that Cocoon is going for. Midway through the track, however, we get hints of a swelling orchestra as the music starts to open with a grand build-up. The Prelude plays during the game’s intro cinematic as well, and it fits perfectly with the militaristic look at PSICOM, then transitioning to the beautiful scenes of Pulse when the orchestra kicks in. It was definitely a little disappointing to see that composer Masashi Hamauzu had opted not to riff on the classic Prelude theme, but this is a pretty solid departure on its own. It sets the stage for the rest of the game and fits in nicely with the story’s core conflict between Cocoon and Pulse.

Sadly, the dichotomy in the soundtrack doesn’t always produce ideal results, and this is something that’s most apparent when we come to the two Chocobo themes in Final Fantasy XIII.

Without a doubt, Chocobos of Cocoon is the absolute worst track in the entire Final Fantasy XIII soundtrack. The issue isn’t that it’s not memorable or striking. On the contrary, it certainly is striking, only for pretty much the worst reasons possible. It starts off with an electronic opening before we get these auto-tuned, vocaloid-style vocals. Look, it fits in well with the futuristic, wonderland setting of Nautilus, sure, but that doesn’t change the fact that this might very well be the worst rendition of the beloved Chocobo theme we’ve ever heard in the series. And yes, I’m saying that this is worse than even Crazy Chocobo, which was at the very least entertaining to listen to.

Thankfully, this isn’t the only Chocobo theme we get in Final Fantasy XIII. There’s a much better one later on in the game, titled Chocobos of Pulse. While Chocobos of Cocoon might very well be the worst Chocobo theme in the series, ironically Chocobos of Pulse is one of the very best. Hamauzu puts a jazzy fusion spin on the theme with sexy sax solos that absolutely drip with style and pizazz, and we even get treated to a sick percussion solo near the end. It’s innovative in a good, refreshing way that doesn’t make your ears bleed, and on top of that, it’s a great fit for the carefree nature of Gran Pulse’s inhabitants. Final Fantasy XIII’s score is very focused on creating static soundscapes to serve the game that don’t really stand out; Chocobos of Pulse is a gem, and also easily the best track in the collection. I definitely wish we got more of these jazz tracks in the soundtrack, like Sazh’s Theme and Can’t Catch a Break. These were some of the brightest spots in the soundtrack and provided a unique spin on what we’d typically expect from Final Fantasy music.

As I continued listening to Final Fantasy XIII’s music, I found that I began to enjoy it more in the latter half of the collection, when I got to the Gran Pulse tracks. This could be a matter of personal preference, but while most of the first half of the tracks were all music from Cocoon, and therefore more focused on presenting orderly and rigid soundscapes, the music on Pulse felt much more melodic. That’s not to say that the first half is completely devoid of any charm, of course, as tracks like March of the Dreadnoughts and even Sunleth Waterscape provide a sprightly vibe to the game, but this only becomes more apparent later on. The Yaschas Massif is a huge standout with its whimsical flute arrangement and light percussion. And if you listen closely, you can even catch hints of Blinded By Light at around the 1:30 mark, which brings me to my next point, and arguably the strongest part about Final Fantasy XIII’s collection.

Final Fantasy XIII has a score that consistently references itself, as North mentioned in our interview. When discussing the best or most popular tracks in the game, it’s very likely that the most common answers you get are gonna be The Promise or Blinded By Light. There’s a very simple reason for that, too. Not only are the melodies recognizable, they’re also recurrent in almost every track in Final Fantasy XIII. Blinded By Light, in particular, is everywhere. Yes, you’ll hear it a ton because 95 percent of the FFXIII experience is in regular combat encounters, but also because it has a hook that’s used as a leitmotif in so many other tracks. Yaschas Massif is one of them, along with Defiers of Fate, Fang’s Theme, and Lightning’s Theme, just to name a few.

Similarly, The Promise is another one that’s constantly referenced throughout the soundtrack. It serves as the game’s main theme, and you’ll hear different variants of it as you play through the game. In the Sky That Night is a lighthearted version of the track, hinting at happier days with no complications. And of course, we get it in Serah’s Theme as well, where we’re treated to a vocalized variant. Both The Promise and Blinded By Light are so prevalent throughout the soundtrack that it’s hard not to hum along with the tune whenever they come up.

The way Hamauzu has weaved these themes into so much of the score is impressive, and it really helps to create a consistent and cohesive sound for anyone listening to it. There’s a story to listen out for in the music, and while it might not be the most outstanding soundtrack in the Final Fantasy series, it’s certainly one of the most holistic.

Dust to Dust is another striking standout in the collection, both because of when it plays during the game and the sheer production quality of the track. It plays when we first reach Oerba village, and this kickstarts one of those classic Final Fantasy moments where you’re meant to be experiencing some emotional doubt and turmoil along with the characters. Walking into this desolate village is a somber moment in the game, and Final Fantasy XIII plays it up by keeping Dust to Dust looping in the background, even during combat encounters. It’s one of the best parts of the entire game, and Square Enix and Hamauzu definitely nailed it with this one.

So far, aside from the dreadful Chocobo Cocoon theme, I’ve had nothing but praise for Final Fantasy XIII’s music. Even so, when I take a step back to count off my favorite tracks from the game, this is just a mere handful out of the 86 different pieces we get in the whole collection. In my view, this is one of the weakest parts of the soundtrack, and also a primary reason for why I had such a dislike for it when I first played the game. There’s just so much filler.

As mentioned a little earlier, a lot of Final Fantasy XIII’s music is centered around creating a static soundscape for the game. This means that the music needs to loop so that players can continue to be immersed in a game’s dungeon when exploring. In FFXIII’s case, some of these looping tracks turn out well, like Yaschas Massif. But a lot of other tracks fail to bring any sort of memorability factor, and this is especially apparent in the early and late-game dungeons. The Vestige is the first to come to mind, and some of the later dungeon themes like Taejin’s Tower and The Cradle Will Fall aren’t particularly inspiring either.

It’s easy to listen to these tracks and wonder if they can even be considered music when you can’t imagine anyone actively listening to them in their spare time. Even the game’s final boss theme feels lackluster, being an operatic piece without any discernible or memorable rhythm to it. It’s certainly no Maybe I’m A Lion (FFVIII) or Judgment Day (FFVII) in terms of wow factor. Even so, I’ve come to realize that being forgettable doesn’t necessarily mean they’re bad tracks. In the context of the game, The Cradle Will Fall is fantastic at instilling a sense of creepiness as the characters got closer to Orphan. These tracks work extremely well within the game itself, and in that way, it’s a mark of a good piece of video game music. It’s just not what we’re used to, in comparison to the sweeping melodies from the Final Fantasy games of yesteryear.

So, after completing Final Fantasy XIII for the second time, my venomous hate for the game seems to have dissipated a little, thanks in no small part to the subtle brilliance of Hamauzu’s score. There’s so much more that goes into making a video game soundtrack beyond just coming up with a really pretty-sounding melody. With FFXIII, it’s obvious that Hamauzu and the composing team focused their efforts on crafting a score that put the game’s story first, underscoring the narrative through music, and there’s a lot to appreciate here even if you’re not a fan of the game itself.