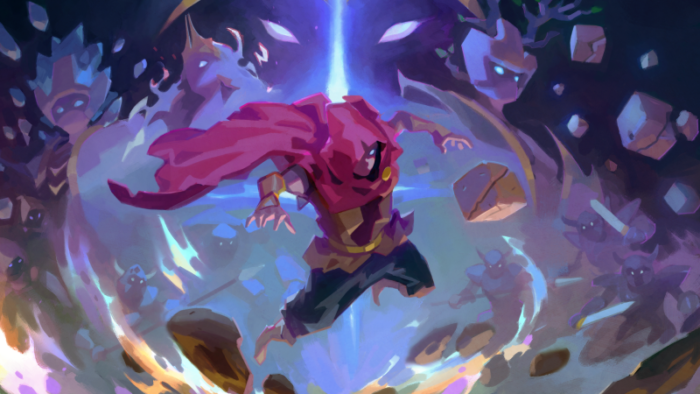 Aside from just playing new games all day during E3 2018, I also had the opportunity to have a chat with Dale North, who most recently composed the soundtrack for Wizard of Legend. Music is one of the most niche areas to get into when discussing video games, and while most might dismiss it as ambient or background noise, there’s no denying that games just wouldn’t be complete without an accompanying soundtrack. This article largely focuses on the music of the recently released Wizard of Legend, developed by Contingent99, but also delves a little into the creative process of composing for video games in general.

As is the case with all soundtracks, the first thing you have to decide on is usually the direction you want it to go in, or the overall tone. Perhaps the most striking thing about Wizard of Legend’s soundtrack was the fact that it was mostly made up of synthesized samples and orchestral backing. It’s not uncommon to look at indie games with pixel art styles and immediately assume that the soundtrack will go down the retro path of adopting chiptunes and 8-bit music as well. Wizard of Legend defies this expectation by going for a more unique and distinct style that sets it apart from other titles in the genre.

When asked about the initial stages of the creative process in composing the soundtrack, North mentioned that he tries to stay away from looking at similar works or drawing inspiration from other soundtracks. He concedes that he does look to some of his older works, but for the most part, it’s all about trying something new and doing something that’s rarely seen in games like this one. “I try to think about what would be different, what would be new. I wanted it to sound different from anything I’d ever done before,” North said.

Another thing that set Wizard of Legend’s soundtrack apart from other scores created by western producers is just the fact that it’s very melodic. While the collection itself is relatively small, giving it a listen will quickly prove that almost every track has an emphasis on the rhythm and and melody. Composing music for video games is vastly different from composing for TV or movies. With TV and movies, you’re often creating music to fit a particular scene or story beat, and while you do have some of that in video games as well, the process isn’t quite as straightforward.

Consider this: you’re traipsing through the Sunleth Waterscape in Final Fantasy XIII. The music created specifically for this dungeon has to match the tone of the environments, sure, but you also have to consider what the player is doing in the game itself. It’s not just a matter of composing a four-minute track for this particular scenario, but rather crafting a somewhat static soundscape that can loop an infinite number of times so that the player is always fully immersed in the game. When you’re thinking about composing a musical phrase that loops, it then becomes much harder to create a track that is memorable in the melodic sense because you’re restricted by the loop itself, and are thus unable to work on the track like you would a regular song with a verse, chorus, and bridge. The start and end always need to connect, and when you’re working within those limitations, it becomes much harder to think about melody or the memorability factor.

North agrees that this is one of the greatest obstacles he faced while working on Wizard of Legend. When you’re creating a soundscape that serves the game, how do you also try to make music that is expressive and emotive?

“[Musical] expression isn’t something that usually happens until it goes into the orchestral phase or the performance phase. Given that it’s background music, it has to loop, it has to be somewhat static, so it’s kind of at odds with what I want to do musically. You have to say, ‘Okay, it’s not about me, it’s about the game. I’m supporting the game through my work.’ It’s hard to kind of step back from what you want to do and say, ‘This is good enough.’ Because, really, what you want to do is put your artistry at the forefront.”

All throughout Wizard of Legend’s soundtrack, it’s easy to identify the strings and the woodwind in particular as North’s instruments of choice. As it turns out, this is one of North’s ways of expressing himself musically without compromising the direction of the soundtrack in any way. It’s a kind of musical signature, if you will.

“One of the fine lines you tread is trying to express yourself in subtle ways, hence the woodwinds [in Wizard of Legend],” North admits. “To me, that’s the only way I can kind of express myself and not get into trouble. And also, as someone who just really loves the craft of video game music, I do wholeheartedly support the idea that the game maker is the star, and we’re just contractors. We just support what they do.”

And while it can be hard to find a balance between the musician’s personal desire to create and what the game really needs, sometimes finding that middle ground can also lead to some pretty incredible tracks. Arcane Refuge, more commonly known as the home theme in Wizard of Legend, is probably the best example of that. As a roguelite title, Wizard of Legend is a brutal game that punishes new players hard in the early hours. You’ll die repeatedly in dungeon runs, spawn back home, and then head out to try again. But what’s special about Wizard of Legend is that dying in-game actually doesn’t feel that bad. If you’ve got the music turned up, that is.

Arcane Refuge is one of the most memorable tracks in Wizard of Legend because of how warm and melodic it is. When I asked North if this particular track was made to be so warm and welcoming to serve as a nice contrast to the repeated in-game dying, his answer was a resounding yes.

“At first, I didn’t really understand the importance of the function of the home theme. In other words, I didn’t understand that you would just die so many times and you would come back,” North chuckles, “But when I did learn that in the later process of development, I was like, ‘This needs to be nice to come back to.'”

Any fan of video game music (or just soundtracks, in general) will also be quick to tell you that a score isn’t truly complete if there wasn’t some kind of recurring musical phrase or leitmotif that ties everything back together to one core theme. Coincidentally, North also cited Final Fantasy XIII as one of his top three favorite video game soundtracks of all time, simply because of how the entire score had very strong thematic work that just connected everything. This is most likely why when you ask fans about their favorite tracks from Final Fantasy XIII, the most common answers are probably going to be The Promise or Blinded By Light. These are the tracks with recurring phrases that sound throughout the entire collection, and it’s why they’re the most memorable or most easily recognizable ones for listeners.

Coming back to Arcane Refuge, North also mentioned that he secretly wanted that to be the main theme of Wizard of Legend, and he did his best to weave elements of it into other songs in the soundtrack. Again, this would probably also explain why Arcane Refuge is so popular.

“There’s little teeny pieces of the home theme in almost all of the tracks in some way, shape, or form, whether it be rhythmically, phrasing, or the instruments used.” Aside from the game’s ending theme, where the callbacks to Arcane Refuge are so blatant, it can be difficult to notice the threads in the rest of the soundtrack. And yet, that’s still one of the most important things to keep in mind when composing for a video game, and this also explains why North holds Final Fantasy XIII’s soundtrack in such high regard.

“With Wizard of Legend, what I’m trying to do is weave themes together. A soundtrack is just a bunch of songs, but a score is everything tied together in some sense. And, to me, that’s what serves a game best. Final Fantasy XIII references itself, and it’s multiple composers writing multiple songs to make this holistic kind of listening experience. And Masashi Hamauzu (the main composer for FFXIII), he has an idea or emotion and he expresses it through a performance or recording, and then layers more ideas onto that core. And musically, it’s almost overwhelming, and I adore that. You can hear in every song, one, how they tie together, and two, the musical intent.” 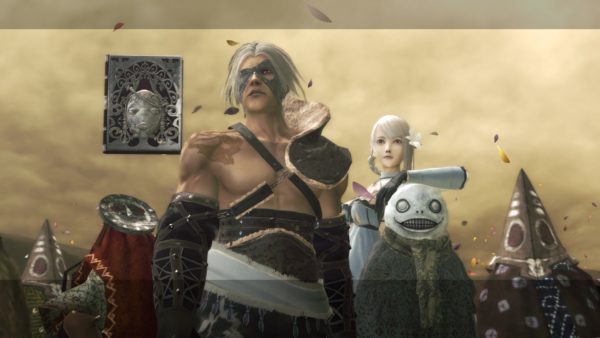 Needless to say, there’s still a big difference between composing for major, triple-A titles and indie games. We got to chat a little bit about the music in the NieR games as well, a series that’s renowned not only for Yoko Taro’s impeccable writing and gut-wrenching stories, but also for the way it incorporates its soundtrack into the gameplay. One major example includes the way the player is introduced to Song of the Ancients (Devola) in the hub area. You’d hear the music itself without the vocals when you’re running around, but they’ll fade in slowly when you’re near Devola the NPC. But when you talk to her, the vocals fade out again because, well, she’s talking to you, so she can’t sing.

The interesting thing about NieR is that it’s a duology of games that simply wouldn’t feel complete or even half as impressive as it is without the music. North was quick to agree with me about the multitude of cool audio tricks and design implemented in NieR, but also mentioned that, unfortunately, that kind of unbreakable synergy between the composers and developers isn’t always possible when it comes to indie games.

“It’s really rare in the indie game space to have that much influence in how the music is reflected in the game. For NieR, if you look at the development of the music on its own, you can see how the composers really worked with the developers of the game to incorporate the music. But that just doesn’t happen much with indie games because of limitations in time, money, or resources.”

Even so, North remains hopeful that the art of composing and writing music will continue to grow in importance in the video game industry.

“I think we’re getting to a really interesting time in video games where music is becoming important enough that those resources are just starting to become available, and composers are starting to make a name for themselves. Maybe not at the triple-A level, but they’re definitely respected for their ability to bring some of that artistry into video games, beyond just making a cool song.”

Wizard of Legend’s original soundtrack is available for streaming on Spotify, and you can learn more about Dale North’s past works here.