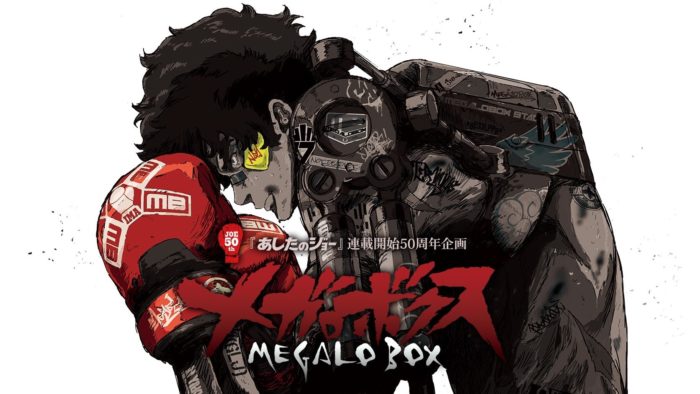 Among the current anime landscape, Megalo Box is a welcome ode to shows of decades past.

Made as a celebratory project for the 50th anniversary of Ashita No Joe, it wasn’t what most people would have expected to be among the most popular or well-made shows of the spring 2018 season. Rough and gritty with a cast full of broken and problematic characters beating the living hell out of each other, it’s far and away from the more recent hits among the community, which range from romantic comedies with cute moe girls to cute boys running a sweets shop. And yet, that’s exactly what it’s done, grabbing hold of a large swath of viewers across the country who have clamored for each new episode with the same fervor as Big Three die-hards and the growing fan base of My Hero Academia.

So what exactly makes this diamond in the rough shine the way it has? What has allowed it to shine in an age where it had every reason to be overlooked? The answer, oddly enough, comes down to one simple word: Nostalgia.

Granted, this shouldn’t be too surprising. After all, it’s supposed to be a nod to the legacy of a seminal sports manga and anime from decades ago, and as such would be expected to lean into these elements to sell its premise and bring in old fans. In a strange twist, however, it incorporates nostalgia not only for series from the ’60s and ’70s, but for ’90s titles which were instrumental in the growth of anime fandom in the west.

Much like the rough-‘phroed Spike Spiegel and his cosmic bounty hunting hijinks, or Vash the Stampede’s lone-gunman saga of revenge and redemption, Megalo Box’s world and characters hold the charm of everything that drew people into shows from the decade: Joe’s rise from no-name underground boxer to world-class contender for a world championship title; his coach Nanbu’s change of heart from beaten down con man to legitimate boxing trainer; and even the world’s premise of a dark and gritty megapolis where sports are enhanced by cybernetic augmentations carry the pulpy appeal of ’90s shows, offering something akin to a high-quality B-movie.

This is to say nothing of the show’s art style. In an effort to truly capture the feel and aesthetic of ’90s offerings, the show’s creators have intentionally added a de-resing effect to the art, providing a graininess that harkens back to how shows looked before the advent of HD resolutions. Though this has caused some irritation among some viewers, it adds an unexpected level of authenticity that, again, many anime would’ve forgone because it doesn’t fit with current trends. On top of this, the character designs all feel like something that would have been commonplace in an anime of yesteryear, covered in scars and defects or otherwise proportioned to look scrappy and ready for a fight.

The list goes on and on of other elements that point to a love of the past decade – the writing and script willing to venture into dark and dingy subject matter, as well as a soundtrack that drips with hip-hop style and range – but it all points to a love for a style of animation that the industry has since moved away from. It shows exactly what was so great about anime from the time, and makes the case that even if it’s gone, the likes of Megalo Box will make sure it stays far and away from being forgotten.

For more on some of the best shows from this season, check out our list of the heaviest hitters as well as reasons why you should be watching My Hero Academia.