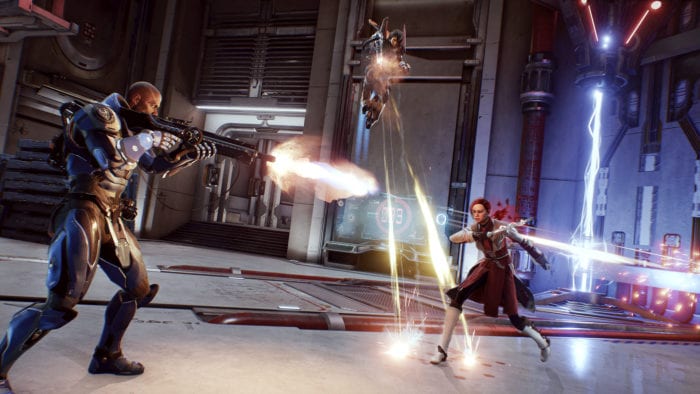 Multiplayer first-person shooter LawBreakers will be closing its servers this September, publisher Nexon announced on the game’s official website.

“In light of the unfortunate news regarding Boss Key Productions shutting down, we regret to announce that we will be sunsetting our support of LawBreakers on September 14, 2018 as we are not able to operate the game,” wrote the “LawBreakers Team.”

The announcement came the same day that it was discovered the game went free-to-play on Steam, while the PlayStation 4 version still retailed at its original price of $29.99.

“Our servers will remain open until then and the game will be made free-to-play on Steam for all players effective immediately. Please note that any and all new in-game purchases will also be disabled and we will not be able to accept any refund requests.”

The server shutdown comes a little over a year since the game’s official launch in August 2017. While LawBreakers was lauded for its skill-based gameplay and combat in low gravity areas, its playerbase quickly decreased shortly after launch and failed to recover. Boss Key Productions, the developer led by Gears of War creator Cliff Bleszinski, closed down last May after releasing the battle royale title Radical Heights on Steam Early Access in April.