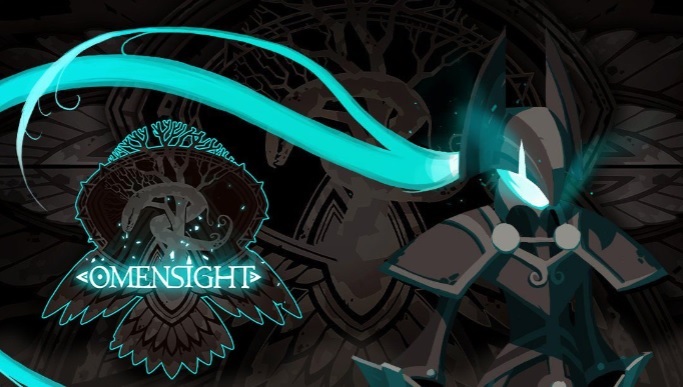 Spearhead Games’ Omensight puts players in the shoes of the Harbinger: a powerful warrior residing outside of time and space who is summoned into the world to prevent apocalyptic disasters. After the powerful Godless-Priestess Vera is mysteriously murdered and the war between the Pygarian Empire and Rodentia comes to a head, the Harbinger arrives just in time to see Voden, the Avatar of the Void, enter Urralia and rip it apart, destroying everything. This is what you are here to prevent, the end of Urralia.

The murder investigation is the core of Omensight’s story, and it plays out with the Harbinger using the Tree of Life to travel back in time. To go back in time to the Dawn of the Last Day, the player picks one of the unlocked companions (two of which are unlocked in the tutorial) and it puts you at the beginning of the day they died, the Dawn of the Last Day. The player follows them through their day, fighting alongside them until the end of the day, where Voden is unleashed if you have not defeated him in that version of the day.

Returning to the Dawn of the Last Day, while it is a cool mechanic to investigate the murder from different perspectives, can become repetitive if you find yourself stuck during your investigation. Luckily, learning about places like the Rodentian Capital City or the ancient Temple of Yarbog was something Omensight manages to put into the game without making it overly repetitive. Once you’ve played through a day with someone once, you can choose to skip to the “Critical Moment,” the point in the day where you could not continue previously for whatever reason. If you have new information, such as a new Omensight, you can change the course of the day. The Omensight mechanic allows the player to take charge of the direction their companions go. At the start of the game, companions are in command, directing where the two of you go or what you do, but as you unlock Omensights about Vera’s death, they can be shown to your companions to shift the narrative of the day.

While your companions can appear fairly shallow and cliché at the start, such as a stereotypical drunken brawler or a strict and loyal commander, one of the narrative choices Spearhead has done is provide deep character development, and Omensight uses its time traveling mechanic, as well as the Omensight mechanic, to create several moments of excellent character development. The way characters grow and evolve made me personally invested in them, because I made it happen. I shaped the story around me with the choices I made, with the usage of Omensights or the usage of violence. It was direct intervention on my part that allowed my companions to showcase their true character and grow to be a more complete individual.

As the Harbinger, players use a fluid action combat system that rewards careful dodging and perfectly timed movements, but manages to do it without punishing players too deeply for not being good with their timing or dodging skills. If you have the ability Perfect Dodge, you can dodge an attack at the last moment to briefly slow down time, great for avoiding more attacks or set up a brief combo. While there is no stamina system for things like dodging, you are still punished for repeated dodges. You can combo three dodges together before needing to pause, leaving you open to attacks while you recover. Aside from dodging and jumping around the battlefield, combat utilizes several tools and abilities: the Harbinger Blade is your primary weapon, using light and heavy attacks to defeat enemies. The Delay of Fate is an ability that creates a zone at your location that slows down time for all characters aside from the player, allowing you to set up excellent combos with the environment or your companions. The Phantom Blast ability launches a projectile in whatever direction you aim. The Phantom Grab ability, on the other hand, uses the environment or your enemies as projectiles, allowing you to grab things such as barrels of explosives, enemies, and more before throwing them across the battlefield. The Phantom Dash is a movement ability which allows you to rapidly dash across the battlefield. The Lethal Slash and its stronger counterpart the Lethal Flurry allow you to dash towards enemies, killing most non-boss enemies instantly.

Some of these abilities, like Phantom Blast, Lethal Slash, and Lethal Flurry, require energy to use. Energy is gathered by fighting enemies to fill up your energy meter. Energy will decay over time, so you’ve got to use your abilities while you can. Other abilities, like the Delay of Fate, Phantom Grab, and Phantom Dash area abilities that rely on a cooldown. These can be upgraded through collecting Experience to level up and through Amber, a currency found in chests and breakable boxes. Leveling up both unlocks these abilities and upgrades them with unique skills. Amber, on the other hand, allows you to purchase upgrades that increase your health, increase your energy, decrease your ability cooldowns, and increase the Harbinger Blade’s damage output. The game does well in making the player feel powerful as you use these skills – fitting for someone with a badass name like Harbinger.

Combat itself aside, Omensight suffers from the longtime gaming epidemic of a fixed camera, forcing your view to be awkward, or sometimes downright disruptive. One instance I recall involved a rather unusually placed ledge, and one misplaced jump ruined my chances at earning the Zero Deaths bonus at the end of the day. In combat, the fixed camera can lead to confusing depth of perception, and it can be awkward figuring out exactly what you’re aiming at, as your slight movements have completely reoriented the camera against your will.

Looking past the awkward camera issue, Omensight not only tells an excellent story, but showcases the story in such a way that leaves you playing for hours, looking to figure out the next bit of the mystery to solve the murder and defeat Voden. While I cannot really recommend Omensight to everyone, fans of hack and slash games who don’t mind a rigid fixed camera, or those who are truly invested in what the story has in hold can look past its faults to see the good inside of it.