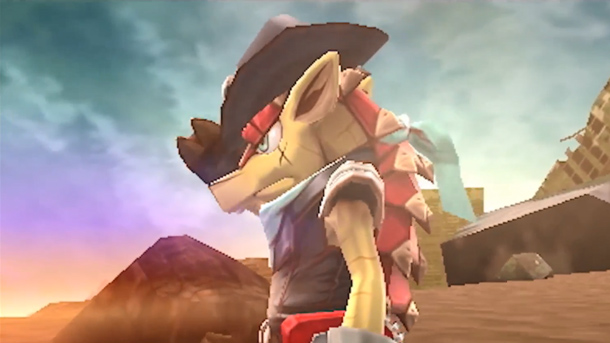 The Nintendo Switch is all the rage these days. Following the Wii U – which was huge letdown by most measures – Nintendo couldn’t have rebounded better than the Switch, which has been a hit both commercially and critically. However, even though that’s Nintendo’s current pride and joy, the 3DS is quietly continuing to carve out its own niche aside its younger brother.

Although there are more 3DS titles on the way, they are coming fewer and further between. This opportunity to own the spotlight for a console that has sold over 70 million units is an opportunity that doesn’t present itself often for, well, anyone really, which includes Vanpool, the creators of Dillon’s Dead-Heat Breakers and longtime content creator for Nintendo’s handhelds going back to games like the super fabulous Freshly-Picked Tingle’s Rosy Rupeeland on the DS.

Speaking to Twinfinite, members of the Vanpool team including president/director Jun Tsuda, senior officer Kensuke Tanabe, and coordinator Risa Tabata, discussed their aspirations for the latest game in the Dillon’s franchise, Dead-Heat Breakers.

Known for being one of the first exclusively downloadable franchises on the 3DS (Rolling Western), the Vanpool team had to adjust for their first ever physical release that is going to be taking place in Europe and Japan. According to Vanpool, this is a very exciting moment for the team, but this also elevated their own internal expectations for Dead-Heat Breakers, and they wanted to ensure that there would be new worthwhile content that would attract both casual, and veteran players. This need coincided with areas that the team wanted to improve: the difficulty of the gameplay.

Vanpool told us that one of the most important pieces of feedback that they received from the first two games is that the game was too difficult. Addressing that feedback, they have toned down the tower-defense elements of the game, and added in new features that should be more familiar with more gamers. This includes the new race battles which are a major part of Dillion’s Heat-Breakers. Dead-Heat Breakers drives the franchise in a direction that is now a mix of the tower defense gameplay that veterans will remember and enjoy, but also includes new action and racing sections as well, which are designed to provide more variety, and appeal to a larger audience that Nintendo and Vanpool are hoping to capture.

While this is encouraging news to those on the fence, or that weren’t interested in the first two games but are open to trying the third, veterans might initially feel put off. When asked about what returning players have to look forward to then, the team added that while the game’s base difficulty had been toned down, there are plenty of optional map missions and more challenging versions of the base missions that will push players and be more in line with the spirit of the previous game’s difficulty level.

Also new are the Amiimals (yes Animals + Mii), which is a feature that animalizes (is that a word? let’s go with yes) your Mii, and injects them into to the game as a supporting character to Dillion complete with their own role in the story and gameplay.

Finally, though, we were curious about the choice to remain on the 3DS, with the Switch being as popular as it is. Vanpool confirmed that Dillion’s Dead-Heat Breakers was developed from start to finish as a 3DS game because of the game’s reliance on the two screens, but if there are “enough voices” to support a future in the Switch, that the team would consider it. Oh and if Masahiro Sakurai, director of Smash Bros. ever came knocking to invite Dillion as a fighter, they would definitely allow that.

Dillon’s Dead-Heat Breakers will release May 24 along with our full scored review from our staff writer Irwyn Diaz.