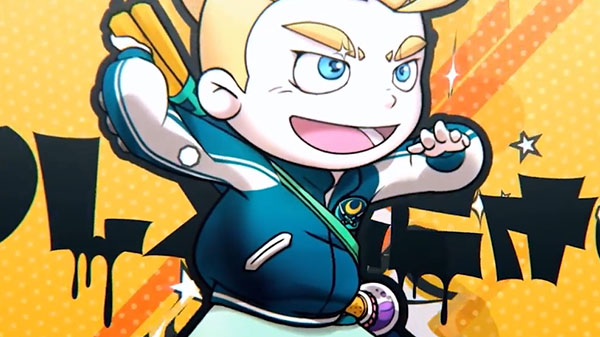 Sushi Striker: The Way of Sushi is a unique-looking Switch title that Nintendo is promoting for its summer slate of games, and it already seems just like the right amount of quirk the system could use more of in abundance. The trailer features the catchy opening theme song “Sushi No. 1,” sung by the character Musashi, and a decent look at the weird world of conveyor belt sushi brawls. No idea what that means? Just take look!

Sushi Striker finds you competing with opponents as you match colored plates and sushi to stack even taller plates to hurl at them. The more matches you make, the higher the stakes (and the plates). You’ll have to puzzle it out as you make progress and defend your homeland from advancing enemies — who for some reason want to attack you with sushi. Doesn’t seem very nice, does it?

Sushi Striker: The Way of Sushido is headed to Nintendo Switch and 3DS as a worldwide release on June 8, so if you’re not too keen on sushi, you might want to taste it and see if you like it before then. You probably wouldn’t want to battle with food you don’t think is tasty, after all.