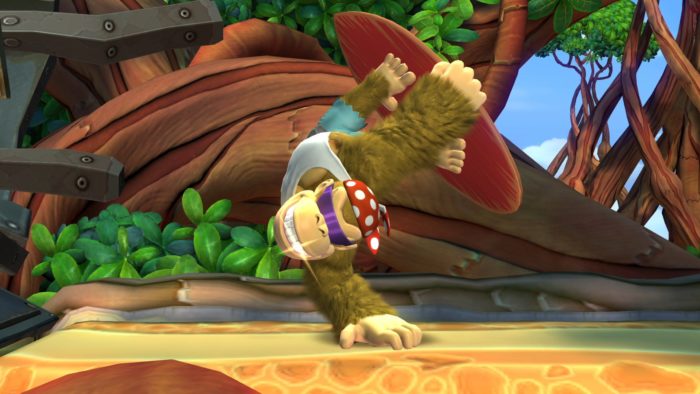 When Donkey Kong Country: Tropical Freeze lands on Switch next month it’ll have a character players didn’t get to play as in earlier releases of the game. Funky Kong will be playable this time around and serves as an easy mode for those who want a less frustrating experience.

Funky Kong, who first made an appearance in the series with the original Donkey Kong Country, is able to use his surfboard in a number of unique ways in this release of Tropical Freeze. He can use it to hover in the air after double jumping, and pushes it between himself and spikes as protection. Funky Kong also comes with more health than the other characters, can breathe underwater, and can endlessly roll. VG247 has gameplay footage of the character you can check out below.

The overpowered character is limited to the new Funky Mode, which can be played alone or cooperatively with a friend.

The game also features its traditional difficult gameplay for fans who don’t want to use Funky Kong. Regardless of how you play the game, Funky Kong is a nice addition for those who might struggle to complete the game otherwise. Donkey Kong Country: Tropical Freeze is set to release for Nintendo Switch May 3 in Japan and May 4 everywhere else.