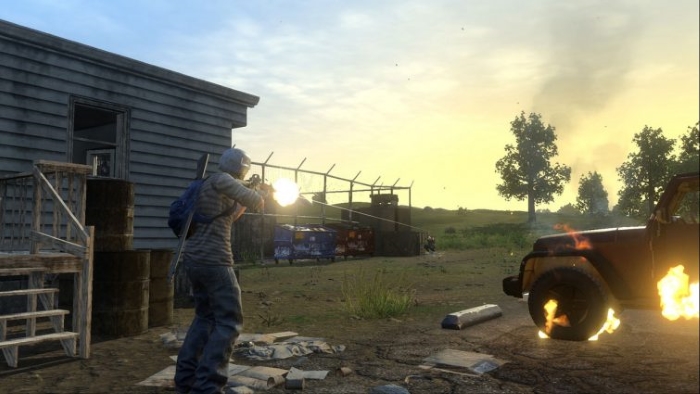 H1Z1, the PC battle royale title that left Steam Early Access in late February and transitioned to free-to-play days later, is coming to the PlayStation 4 on May 22, developer Daybreak Game Company announced today.

The game will launch as a free-to-play title in open beta. The PS4 version will feature a few differences to the “core gameplay experience” in order to “keep players engaged in all the action.”

“We’ve added a new take on in-match power progression that forces players to make strategic decisions if they want to win. Now, players will have to engage with airdrops – which drop in masses and frequently – if they want access to better weapons and gear,” said producer Terrence Yee in a PlayStation Blog post. “This includes six new guns: the KH43, Marauder, MK46, Combat Shotgun, CNQ-09 and Scout Rifle. The gas, which is dynamically based of the population, also moves faster to speed up the pace of the game, ensuring that matches don’t last more than 15 nail-biting minutes.”

Additionally, the H1Z1 will have controls built for “hot swap looting, radial menus, and natural and quick feel” on a PS4 controller. The developer is also promising the game will run at 60 FPS for PlayStation 4 Pro. A closed beta has been announced with no date revealed yet, but PS4 users can sign up on the game’s official website to take part.