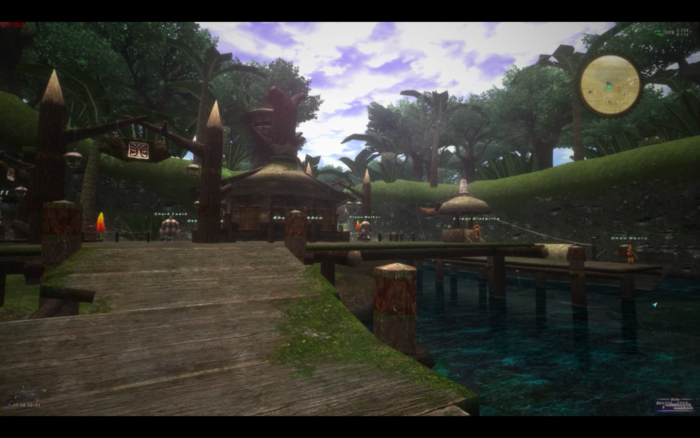 Final Fantasy XIV gets all the love and attention these days, but Final Fantasy XI is surviving and thriving, with a subscription still even, despite finally cutting off the PS2 and Xbox 360 version not too long ago. It gets monthly updates which include new zones and activities, and is still balanced and tweaked regularly. So it shouldn’t come as a total surprise that there are still fans toiling away behind the scenes to make FFXI the best it can be in its twilight years.

Enter, Amelila whose YouTube channel has recently begun uploading HD overhauls of some FFXI zones. Right now there are only two that we can see, Escha-Zi’Tah and Kazham, the latter of which should be very familiar for anyone that at least reached level 25 during FFXI’s heyday. Take a look for yourself below. Warning the music is going to trigger some serious nostalgia or PTSD if you have “fond” memories of running for dear life from jungle Goblins back to the Kazham zone, and trying to understand that dumpster fire of a map.

We have no idea if more are on the way, and if so, what the time table for these releases are. I’m no expert but I imagine it takes time to complete, but who knows other than the people who, well, know. Either way, check out Amelila’s YouTube channel for some other FFXI modding related content and to keep an eye on whether more zones pop up in the coming weeks and months.