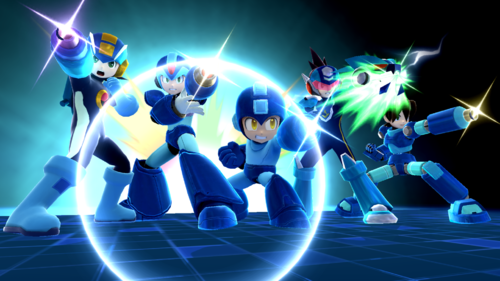 Mega Man fans in Japan can look forward to a special treat in the form of a Mega Megan 30th Anniversary concert this summer. On July 8, the concert will take place at Nakano ZERO Dai Hall in Tokyo, with a selection of music from each of the games in the series, including Mega Man, Mega Man X, Mega Man Battle Network, and a host of additional titles.

The “Mega Man 30th Anniversary Special Band” will perform, in addition to having a special video on the stage’s mega screen, and there’ll be plenty of other integral Mega Man personalities on hand as well. For instance, Noriyuki Iwadare, composer for Phoenix Wright: Ace Attorney – Trials and Tribulations, Dual Destinies, and Spirit of Justice will make an appearance and is the person responsible for arranging things for the concert.

For 7,500 yen, you can grab a ticket to the show, which will be rife with your favorite Mega Man music, plenty of game goods to pick up, and supposedly some news about the series to look forward to. If you can make it, you’ll definitely want to try to if you’re a big Mega Man fan. Hopefully there’ll be a stream available so we can catch it elsewhere in the world, as it sounds like it’s going to be a lot of fun.